Manchester’s startup scene: why are so many UK businesses moving north?

London is synonymous with startups – but it’s not the only hub of entrepreneurship in the UK. In fact, Manchester is tempting more and more businesses to look north – but why?

The heart of the Northern Powerhouse has more startups than anywhere else in the North West. With a lower cost of living than London and much of the South, you certainly get to enjoy more of the money you earn – but that’s not the only reason behind this migration.

Read on to find out why else the UK’s second city is attracting so many of the country’s entrepreneurs, as well as some of Manchester’s biggest success stories so far and tips on how to follow suit.

There are more than 90,000 students in Greater Manchester, making it one of Europe’s largest student communities. For any growing business, that’s a lot of post grad talent on your doorstep that’s looking for work.

The UK’s busiest (and biggest) airport outside of London, a major rail hub and handily placed for driving to the other major players of the Northern Powerhouse – Liverpool, Leeds and Sheffield – Manchester is impressively well connected.

Success, they say, breeds success, and that’s certainly the case for startups in Manchester. With so many others around you, it’s easy to find exciting new collaborators and suppliers. As a haven for established companies relocating from London (or choosing the city as their northern base) there are growing opportunities for ambitious businesses. And with three universities in spitting distance, when you need some academic/research support, there’s plenty of it on tap.

It’s not a competition. We work with office space in Manchester and London and as a startup in either, there’s enormous potential for success. But launching a startup in Manchester does give you the edge on London in some key areas:

For most startups, people and places are their biggest expense, and they’ll cost you less in Manchester. Typically, you could expect to pay at least 40% less for a similar space in Manchester compared with London.

That London wages are higher than Manchester’s will come as no surprise. But you might be surprised to know that Manchester wages are below the national average too. On 2018 figures, that saving amounted to an average of £215 per person, per week. If your business is recruiting, that could make a big difference.

You’ll typically earn less in Manchester than London. But that’s more than offset by living costs which are around 50% of London prices. 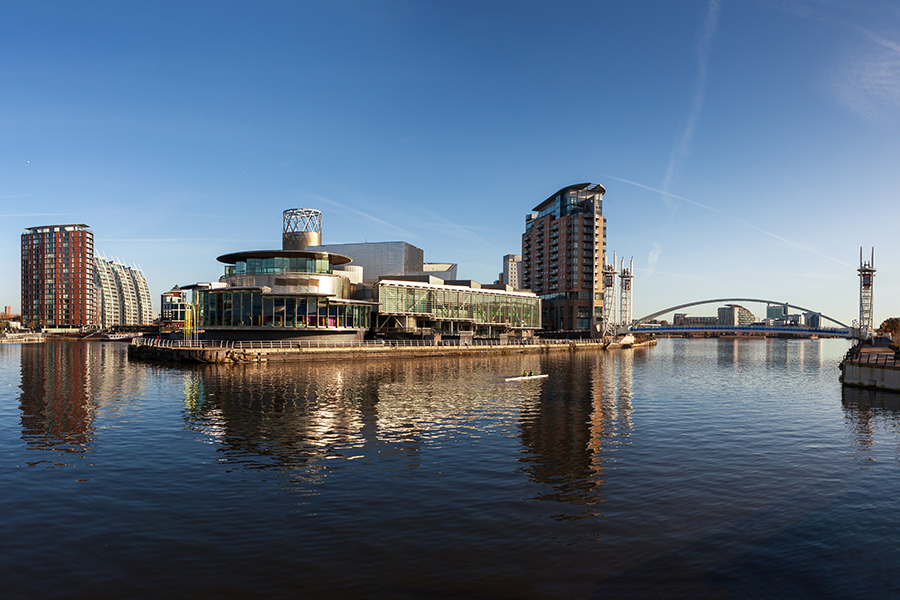 Manchester tech startups are in good company, with the city boasting more digital workers than anywhere else in the UK outside of London. From AI to new media, fashion to Fintech, when you add in the other benefits of starting a business in Manchester, it looks an increasingly attractive option.

Been there, done that: the Manchester tech startups already making a success of it

AO. Missguided. MusicMagpie. On the Beach. Push Doctor, The Hut Group and so many more. From retail to health, finance to recruitment, if there’s a technological solution to making a sector more successful, chances are someone’s found it in Manchester.

Take Boohoo, the company that grew from “Manchester’s best kept fashion secret to one of the fastest growing international retailers.” Or Formismo, the analytics company whose Zuko platform is used by the likes of Uber, Very, William Hill and JustGiving. When founders Al Mackin and Tom New were asked to name their top three reasons to launch their tech startup in Manchester, they focused on the professional help available “to help you get funded, cover the legals and provide on-going support”, the vibrant, ambitious city; and the fact that “You won’t be alone; there’s a lot of new businesses being formed in Manchester, and you can share that journey with them.”

Of course, it’s not just startups. In 2004, the BBC announced it would be moving a significant proportion of its operations to Salford. Since then, many other major brands have either relocated to Manchester and the surrounding area or chosen the city as the base of their northern operations. TalkTalk, M&S and ITV all have their HQs (or a major presence) in Salford. Microsoft, Amazon, and Google all have bases in Manchester. AutoTrader relocated 600 staff to the city in 2014. And Manchester is home to the UK head office of brands as diverse as Kellogg’s, The Co-Operative Group and Adidas.