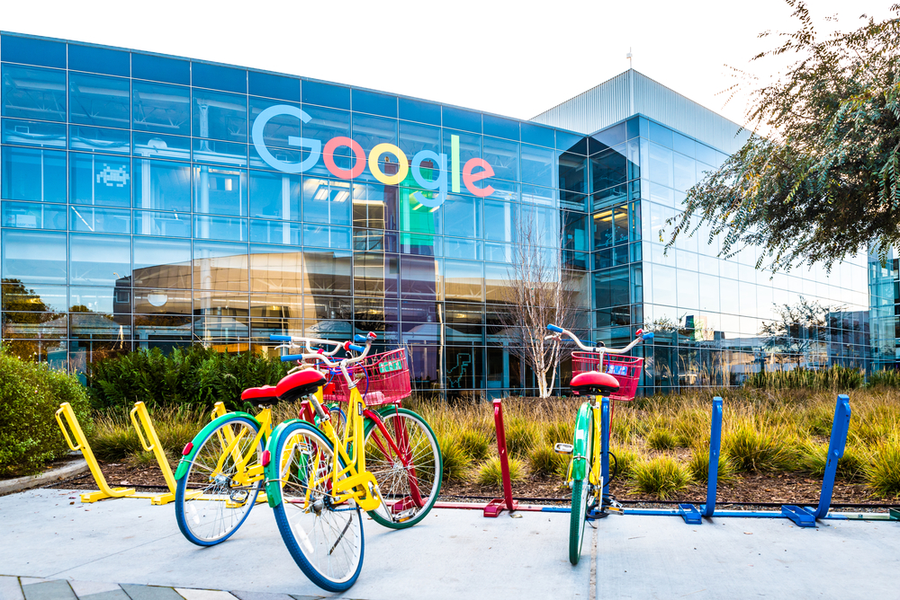 In the video below, our Co-founder & CEO Tushar Agarwal talks us through what exactly the announcement said, why it’s so important, and the impact it will have on the rest of us:

Prefer to read about it? No problem, we’ve summarised Tushar’s insights below.

Okay, so Google announced their future policy. Why do we care so much…?

It’s true: many big brand names have recently come out announcing their future workplace strategies. So why is this one such a biggie?

At Hubble, we believe that it’s particularly important to pay attention to Google’s plans because they’ve actually been the revolutionary of how and where we work for the past 20 years.

With the introduction of the Google Plex in the early 2000s, Google completely transformed the concept of what an office should look like. The standard office went from rows of white and grey cubicles, to huge, colourful campuses complete with nap pods, free food, and slides. They were one of the first to acknowledge the blurring lines between work and life, and truly understood that the war for talent was not just about how much people get paid, but actually the full working experience. 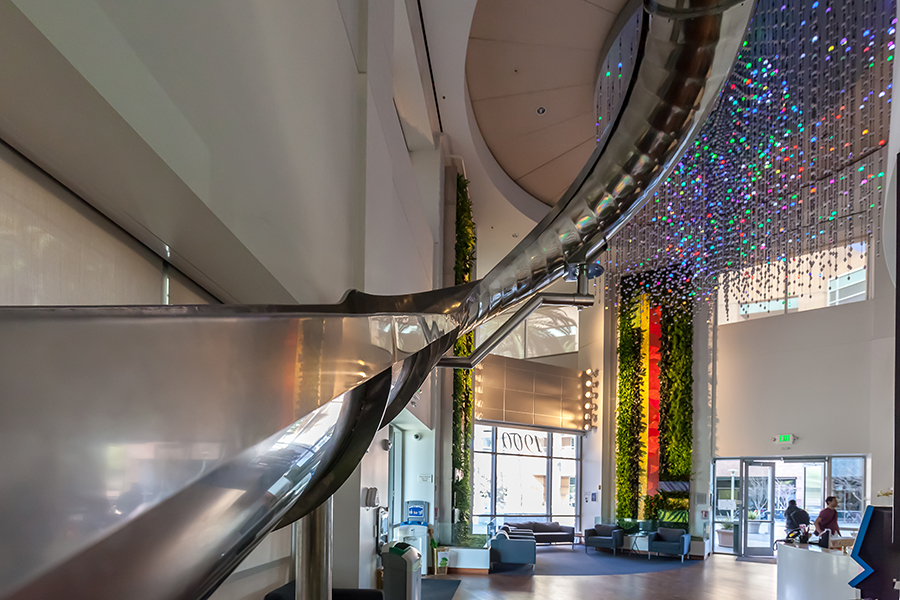 And if you think about it, since then, many companies have adapted their own workplaces to look more and more like Google’s. Even brands such as WeWork have made Google-style offices accessible to businesses of all sizes, whether you have 10 or 10,000 employees.

Now, Google are leading the charge once again on the next workplace revolution, and setting the standard for what they believe a good hybrid strategy looks like.

Just to put all of this into context: Google is now a 139,000 person worldwide organisation, which is worth about $1.5 trillion in terms of market cap. Given their size and status, many companies—as we saw 15-20 years ago—are likely to follow what Google does in terms of hybrid strategy.

That’s why it’s so important to pay attention to what they’re doing.

Trying to figure out your own workplace strategy? Make sure you download the free 8-step “Back to the Future (of Work) Checklist we put together with Pento.

So, what did Google’s announcement actually say?

In his note from the CEO, Pichai said that he expects 60% of Googlers to be back in the office, 20% of them to be working in new Google locations, and around 20% working from home. Overall, what that really looks like is three days in the office, and two days remote. 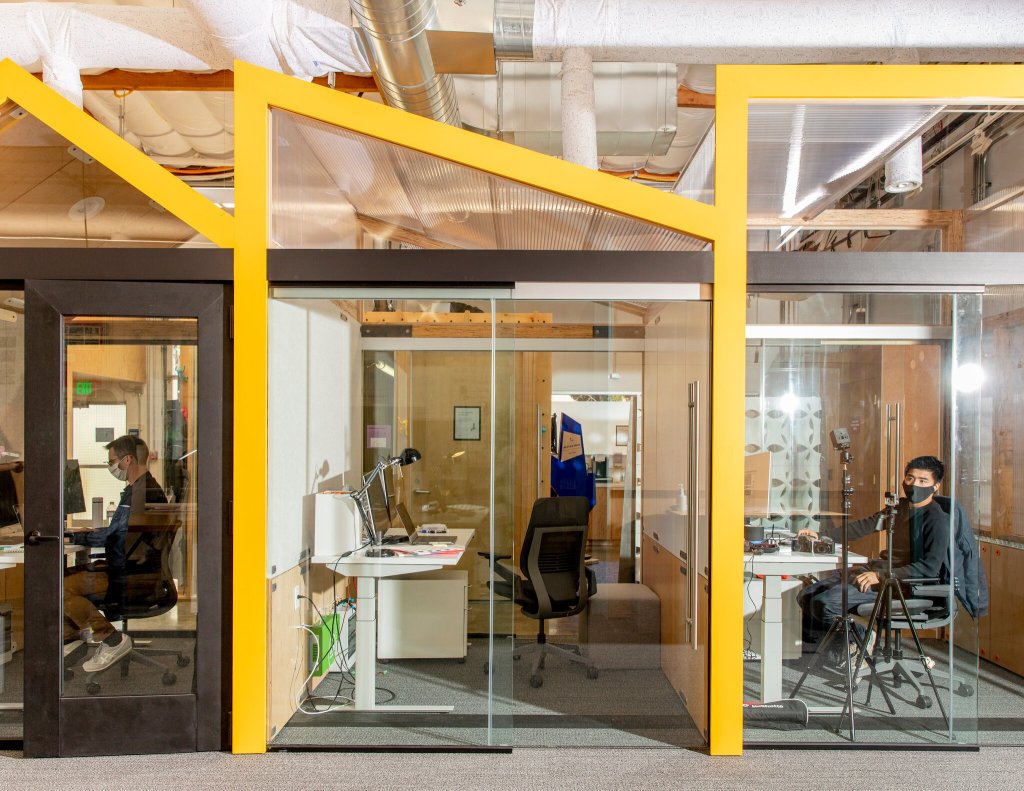 By the way, when we talk about “working remotely”, we don’t necessarily mean “from home”; in Google’s case, they’re talking about working in any of Google’s worldwide locations (with prior consent from a manager).

In addition to that, Google has said that employees will be able to work for four weeks per year from anywhere in the world—an upgrade to their previous policy, which allowed them to do so for two weeks.

What does that mean for Google and its employees?

There are a few key points to take from this approach

The next big trends in office space

Google also used the announcement to talk about new features they’ll be introducing in their office spaces, to help hybrid teams work effectively. And there was a massive emphasis on culture and collaboration.

Some of the experimental features that Google have been talking about recently are: 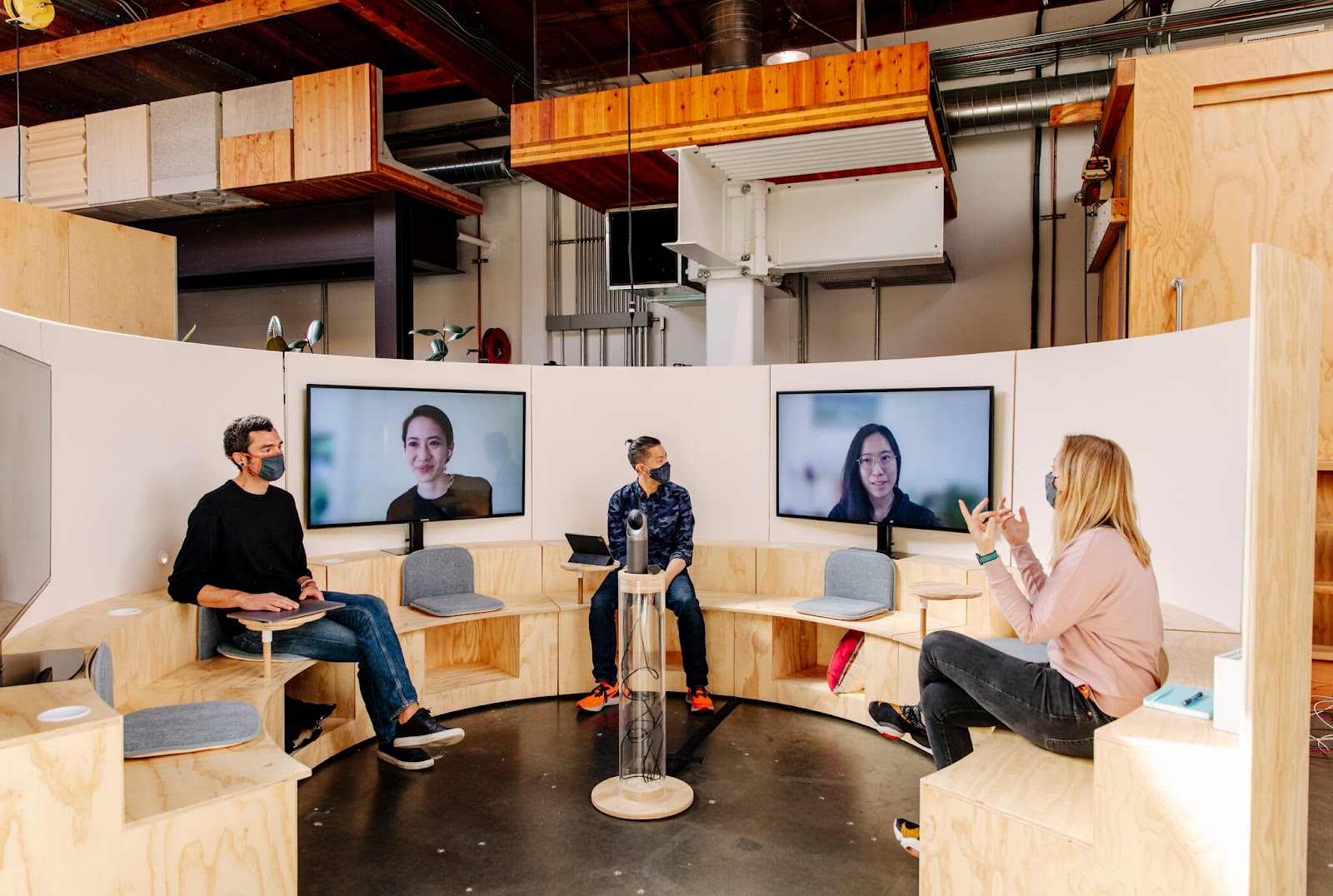 Google seems to be actively trying to make sure that hybrid working doesn’t disrupt the way that people work, choosing instead to create the necessary technology and environments to make it even more efficient.

They’re also making a huge bet on the idea that workspace can change rapidly within one single day, allowing people to actually adapt their physical environment as their activities change.

How does Google fit into the wider spectrum of businesses?

At Hubble, our customer base is typically made up of SMEs, but also includes an increasing number of larger businesses. As such, we’re seeing the full spectrum of hybrid setups—all the way from people wanting people back in the office for four days a week, to meeting in-person just a few days a year.

Companies like Twitter, Shopify and Spotify have talked a lot about giving maximum flexibility to their workers—allowing individuals to determine how and where they work, with access to on-demand workspaces wherever they are in the world. Some are even re-configuring the office spaces themselves, to make sure that they’re set up for culture, collaboration, and clients.

We’ve even seen some more traditional names, like Nationwide and Lloyds Bank, publicly announce that they will be reducing their office footprint and increasing the prevalence of remote working, because it’s worked so well for them so far.

On the flip side, you have companies like Goldman Sachs and Netflix, whose CEOs have publicly said that they will issue a recall to the office as soon as possible. They expect people to be back in, and believe that’s the only way that work can really be done properly.

What Google have done is placed themselves firmly in the middle of this, by showing that they do value the office, and do expect people to come in three days a week. But they also value flexibility, and know that will be essential when it comes to retaining and hiring talent.

With that in mind, we feel that going forward, more and more companies will follow the 3/2 setup—as generally, where Google goes, others follow. Though do remember that the “2” doesn’t necessarily mean working from home; it could be working from local coworking spaces, inspirational spaces, from abroad, or so on. 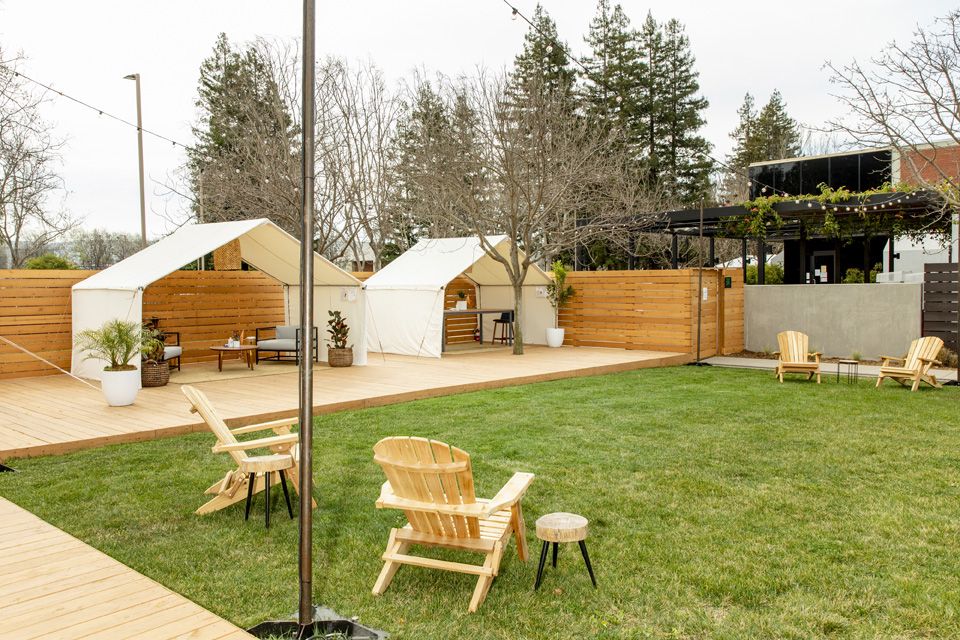 Which of the world’s major players believe the office is here to stay, and which have ditched their leases altogether? We’ve collated insights around how the world’s most famous companies are approaching their future workplace strategies—including Spotify, Netflix, and Microsoft. Check it out now.

If you need help in figuring out what your own back-to-work policy should be, we’ve put together an 8-step Back to the Future (of Work) checklist with our friends at Pento.

In the guide, you’ll find tips on:

and much, much more.