Dev’s POV: This is how you build a happy and productive tech team

As a developer at HubbleHQ, I’m part of a small, close-knit team and I love where I work. When I was a job-hunting candidate, priority #1 was to discern the culture and attitudes of prospective employers, so HubbleHQ was my ideal choice long before the interview process was over. Never underestimate the value developers place on little things like free fruit and unlimited access to caffeine!

Culture and working environment has always been a key factor impacting my enjoyment of work, so these are things I keep an eye out for when interviewing. One of the things I’ll always take note of in a prospective employer is a culture of presenteeism. There are three main aspects of presenteeism that can negatively impact the morale of a workplace: 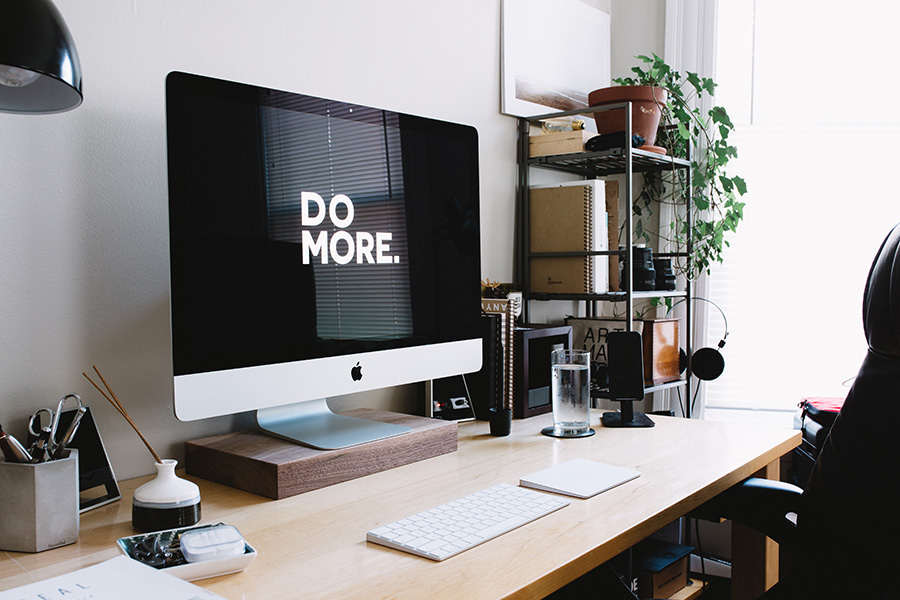 In my opinion, this is a no-brainer. In an ideal world, nobody should have to do it. Bringing pathogens into an office space can have a significant impact on the productivity of everyone in the office.

Since coding is thought work, it’s often assumed that a dev ought to be capable of writing code even when physically ill. A person can type on a laptop from anywhere, right? But consider it this way: imagine trying to think your way through a knotty logic problem with a fever, or perhaps a migraine.

I can confidently assert from personal experience that coding while sick is akin to coding while drunk. The results can certainly be…interesting. The output is almost never good enough to be worth the effort of dragging yourself to the office. If your devs are snuffling and tossing back ibuprofen to get through the day, they are not giving you their best work. I guarantee it.

There are plenty of sectors and industries that are well known for requiring employees to put in unpaid hours with no clear upper limit. This is true of tech, which also features “crunch time”, defined as a “period of intense pressure”. Thoughts on crunch time can vary: some regard it as a necessary evil, whereas others regard it as a negative side effect of weaknesses in the project planning stages. A few even celebrate “crunch time” as a positive feature of their industry.

I believe it’s unfair and ultimately a counterproductive strategy to expect employees to sacrifice their physical and mental health in order to meet deadlines. This is especially true if the deadline is arbitrary, or has otherwise suffered from poor planning. It’s hard to be loyal to a company if that same company is sending you signals that your wellbeing is an expendable resource. A healthier approach would be to improve project management and planning so that the workload is more evenly distributed over time. Reducing the time spent in crunch conditions will ultimately improve job satisfaction and wellbeing in your workplace. There’s more to say here about workflow planning and management strategies, but that’s another blog post.

The assumption, or unfortunately sometimes the expectation, that a developer should use their free time to supplement working hours is something that I’ve had to deal with in previous roles. Further concerning, however, is the company that compounds the loss of time and sleep with the loss of healthy nutrition. I have had my share of workplaces that offer consolatory “pizza n beer” in exchange for free work. Long hours, deadline pressure, sleep deprivation…and now processed carbs with no fibre in sight? Yikes!

For me personally, it’s even worse if I’m expected to enjoy a diet of pizza and alcohol while also working from a windowless box with a poorly equipped kitchen. This makes it even harder to squeeze some vitamins into my workday even if I’m motivated to bring healthier foods from home. As a millennial, I am resigned to perpetually living in non-ideal rented accommodation far below my aspirations (my shameful avocado toast addiction won’t pay for itself). So when I come to work, where I’ll spend the majority of my week, I want it to be a step up. Bad lighting, inadequate facilities, and uncomfortable chairs are not going to cut it. “Pizza n beer” is the food equivalent of bad office lighting: these things should not be an afterthought. They will absolutely affect morale, work satisfaction, and productivity.

The tendency among some management types to measure productivity by the “bums on seats” metric is the aspect of presenteeism that most frustrates me as a developer. I find it stifles my sense of autonomy, leaving me feeling like I’m back in secondary school, being monitored and admonished for being 2 minutes late to class (“take a seat, get your books out, get on with your work, don’t look out of the window, don’t talk…”). I once attended a job interview where it was explained to me that pizza was provided for free at lunchtime to all staff because management did not want employees to leave their desks for lunch. Apparently, that would have resulted in not enough work being done over the lunch period. I could not exit that interview fast enough.

If developers get the message from you that sitting at their desk in the office is being measured and valued ahead of the results they deliver, you can bet they’re going to adapt to this success metric. Developers are human, and humans follow Goodhart’s law: since bums on seats is the metric, that’s what they’ll give you. They might be surreptitiously browsing Facebook or playing games instead of working, but at least they’re all present and correct at their desks. I’ve seen this happen first-hand in several companies. I’ve even been that developer – working diligently away at my desk, updating my CV and searching for jobs where hot-desking, remote working, or working autonomously was accepted or even encouraged.

I like to assume good faith wherever possible, and so I like to believe that presenteeism is borne out of a desire to ensure a workplace is productive. However, there are studies out there demonstrating that the average person completes approximately 3 hours of productive work in an 8 hour period. That’s 2 hours and 53 minutes to be precise. Sitting at a desk for 8 hours is not the same as producing 8 hours of work. My experience working in a variety of office spaces, from the large and corporate to small and scrappy, tells me that the 3-hour threshold stays roughly consistent. The difference is, in the forward-thinking workplace, you are free to be more honest about where your time is going.

At HubbleHQ, we are encouraged to take regular breaks, and there is no expectation that we ought to “look busy” while doing so. As a developer and avid gamer, I have come across numerous browser games over the years whose user interfaces disguise themselves as spreadsheets or other serious endeavours to the casual observer. There is a reason this became a common design feature. Despite what we might think about other people in our more cynical moments, most human beings are not slackers by nature and the majority of people will derive a sense of satisfaction from being productive. If your developers are sneaking facebook breaks in between writing code, it could be that their
environment is set up to make them feel that taking a break, or even working comfortably, is discouraged. No one wants to think of their workplace as a place where they go to be uncomfortable and mildly stressed until they are able to dash home again.

In my current role, I enjoy the work, I take breaks, I go back to enjoying the work. I greet the end of the working day with mild surprise. Work is fun. I’m comfortable. There are snacks in the kitchen. Huge windows. Nobody bats an eyelid if I break up my day with a visit to the nap room. My desk lamp (with adjustable colour and intensity of light) helps me to avoid eye-strain and headaches. Healthy snacks in the kitchen. Every desk is a standing desk, so even hot-desking is no barrier to a healthy posture. There are desktop plants and assorted greenery everywhere. Free. Healthy. Snacks. In the kitchen.

Investing in an airy, well-lit, comfortable office space is not everything – many factors are essential in creating a positive office culture and environment. But it will communicate to people that health and wellbeing factors into your planning. It’s not just about being “nice”: it makes good business sense.

See what HubbleHQ CEO Tushar Agarwal has to say about how tech startups have redefined the idea of company culture.

Looking for an office space to feel good in?