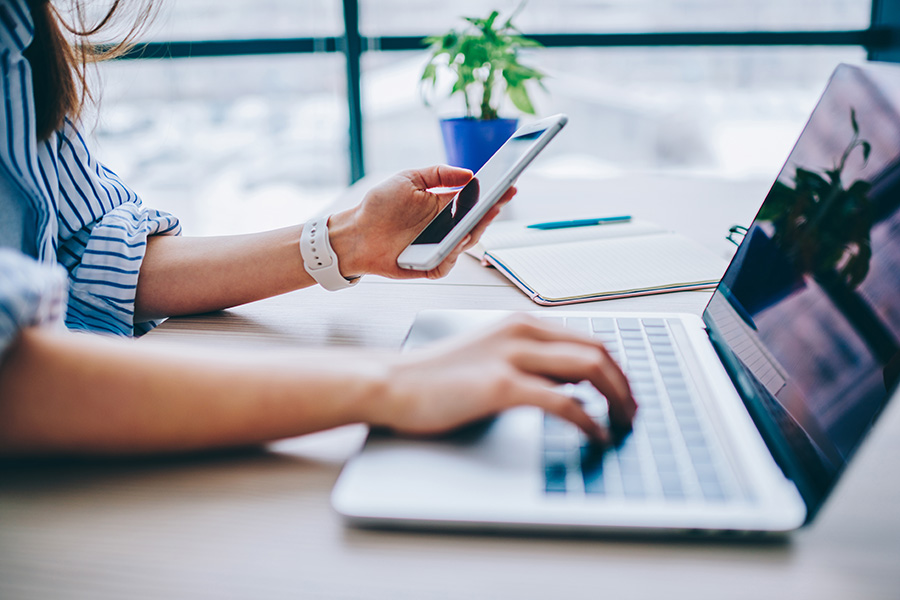 What made you choose a career in tech? Were there external factors or was it a personal decision?

I started out wanting to be a designer after leaving 6th form, I hated the idea of university and really it didn’t make sense to pay so much when I wasn’t even 100% sure what I wanted to do. I had no idea in what area I wanted to design though, so I thought to myself, “What can I do all day and not get bored of?” The answer was sit at a PC!

I emailed every tech and advertising company in my area looking for an internship. There were at least 100 different email addresses and I bcc’d them all (cringe). Also, my spelling has always been awful so my CV didn’t look great. It worked out though. Two companies replied, one saying no, the other saying yes.

I started at this new company and said I wanted to be a web designer, etc. The boss looked at me, at my CV and then said, “You’ve got a good maths GCSE, I don’t need a designer. I need a programmer. I think you should do that.” So I did that.

Tell us a bit more about how your education and training led you to become a Product Engineer at Hubble.

I started programming very young. Both my parents are developers and I remember making my first HTML page in primary school – doing things like setting the background to red.

My dad used to give my mum lessons on coding to help her get back into the industry after having kids. I can’t have been very old when I sat in on a lesson diagraming how the Internet worked and how servers delivered web pages. I will always remember them talking across the dinner table speaking in what my sister and I thought of as a foreign language. We used to get so annoyed and demand we talked about fun things like games or toys! Now it’s just my younger sister left out – I joined the dark side!

When I got my first job, I was essentially told that I should program and was put on a PHP course on Lynda.com. I spent two months going through it, made a CMS (Content Management System), and then was put to work on client sites. Within a year, I was managing a legacy Codeigniter app for a promotional merchandise company. I still remember the panic of the site going down and someone telling me, “They are losing £X every hour this is down. We’ve got to fix it now!”

After my first job, I moved to two more advertising companies, transitioning my skills to full stack JS & PHP. I learned to manage projects and many other interpersonal skills. It was an awesome experience and I’d advise working in such a role for anyone who wants to learn web development quickly. It’s high stress but you get to work in so many technologies and at a rate where you can pick up huge amounts of different skills in weeks.

I joined Hubble two years ago because I was looking for a change. I had learned a lot in my previous roles but I wanted to start settling down and find my ‘forever job’. I love my products and put time and effort into them – I like to nurture them and watch them grow. The advertising industry throwing away my code every other week was no longer working for me. 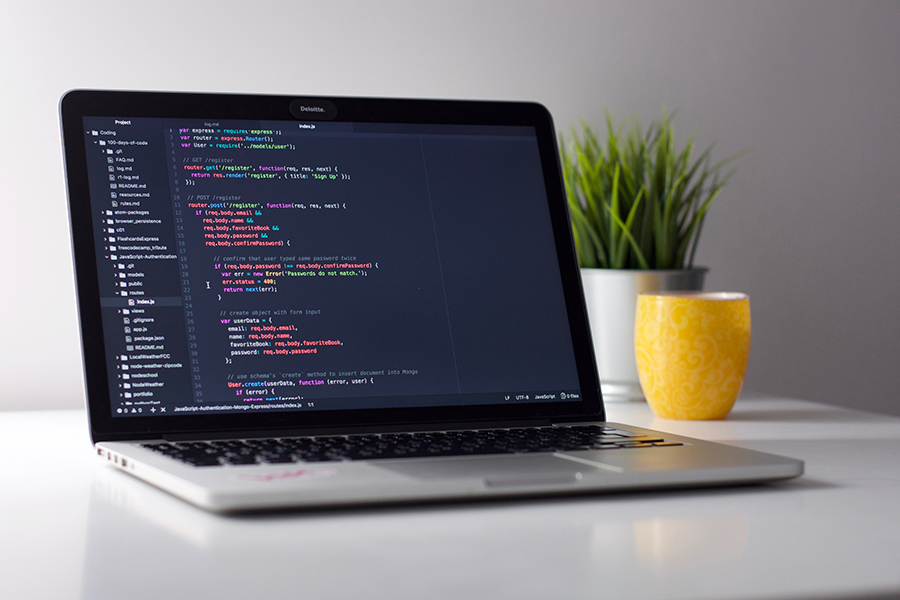 Have you noticed any benefits being a woman in a male-skewed industry?

Yes, definitely. In some odd ways, this emphasis on women being in tech means that we are like some kind of tech unicorn. People want to make sure they are meeting their equality quotas and as a result, it’s so easy for me to get hired it’s a bit silly. It’s also easier for me to say exactly what I think without people getting offended and smile a bit, and suddenly everyone’s more receptive to ideas. I’m not sure if it’s a negative or a positive, but it’s definitely a great advantage.

Also, you never have to queue for the toilet! Sorry, but this really is a great feature. Sometimes, however, that can backfire and they barely even have a female toilet.

Have you noticed any challenges being a woman in a male-skewed industry?

Again, yes. Thankfully, I haven’t had the same issues as I have seen many other women having because I’ve always said what I thought and yelled loudly. I don’t notice being ignored because quite frankly, I don’t let people ignore me.

I have had promotion and pay rise issues, definitely. I’ve had to fight and fight to get well-deserved promotions, and as my partner’s mum says, the only real way for a woman to get a pay rise is to move jobs. From experience, I’d say that’s pretty true.

Harassment is a big issue in this industry – simple things like coworkers feeling that it’s appropriate to tell me I’m hot or make crude jokes around me, to bosses trying to hit on me, making lewd comments, and setting me up in ‘separate hotel rooms’. It’s frankly creepy and I am super glad that Hubble has never been like that at all.

Finally, for some reason, a no-nonsense woman is frowned on, however a no-nonsense man is respected. The amount of times I’ve been called bossy or scary is more than I can count. It seems really counterproductive to want more women in the industry, and yet when they speak, people don’t want to hear.

How do you feel Hubble supports women in tech?

Really well! I’ve never felt that Hubble does not want me to speak and share my opinion. We have a really inclusive company culture that leads to a lot of open communication and discussion with an emphasis on listening to everyone’s opinion. I mean, I’m a tech lead here and I’m female, so it can’t be too bad..!

If you’re interested in joining our friendly team, take a look at our job postings (all genders welcome)!

Do you have any suggestions for how to attract more women to the tech industry?

To be honest, my main thing is just that we need to stop treating children like they should be into gender specific things as they grow up. My parents never put me in a box, and I think I had more LEGO and K’Nex than Barbies. I never saw programming as a ‘male only’ activity and so it was always on my list of careers that I could do. I had a female programming role model growing up (thanks Mum!) and a very supportive Dad so my interest was nurtured instead of quashed.

Also, we need more female role models. How do people know what they want to be when they grow up? They learn about Mother Teresa in school, and the female vet in the storybook, and from what their own parents do. Young girls need more women role models in tech who they can relate to so they can be inspired.

What advice do you have for women who want to or already work in tech?