The Most Expensive Offices in the World

Looking for an office in Hong Kong? Then be prepared to part with some serious cash. According to Knight Frank’s Global Cities 2017 report, Hong Kong is home to the most expensive offices on the planet. But London isn’t far behind. 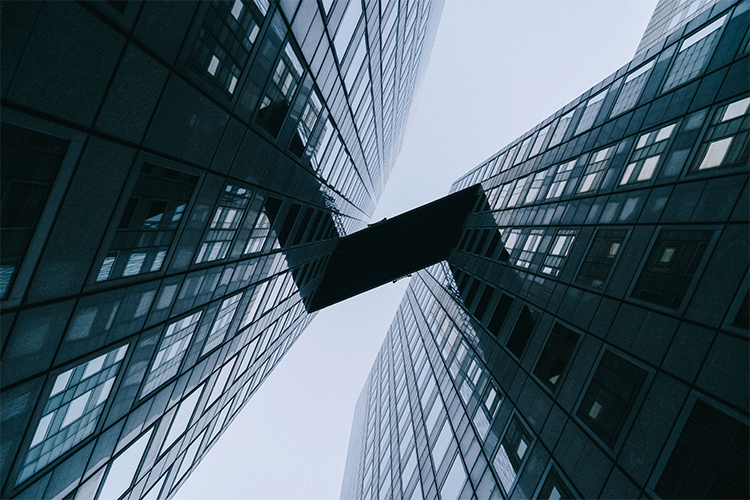 The most expensive cities to rent an office in

These are the top ten most expensive office markets in the world (based on upper floors in skyscrapers): 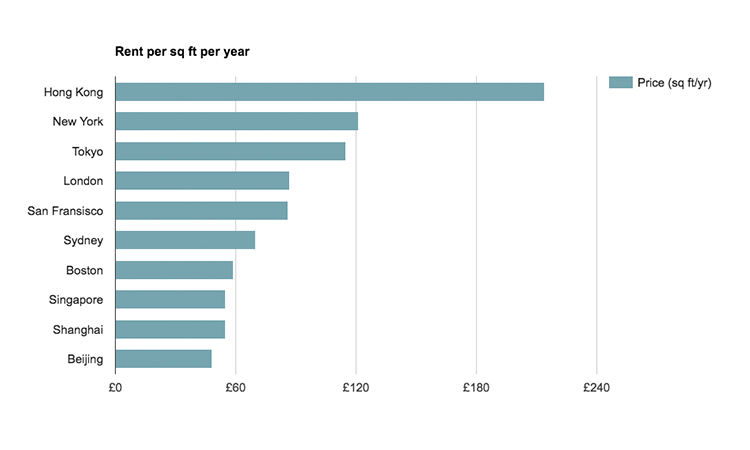 The fastest increase in office rents can be seen in Shanghai’s explosive property market where office rents are rising faster there than anywhere else in the world – by 7.6% in the six months to June 2016. It’s officially now the ninth most expensive city to rent an office in, but this is still eclipsed by London, which holds its place in fourth from the previous year. Luckily, the boom in co-working spaces and shared offices mean there are affordable office options too.

Hot on the heels of London in San Francisco, the office market continuing to benefit from the city’s expanding technology sector. Rental growth for the upper floors in skyscrapers exceeded 2.7% in 6 months to Q2 2016 – higher than many other cities in the US, besides Toronto at 4.9%. 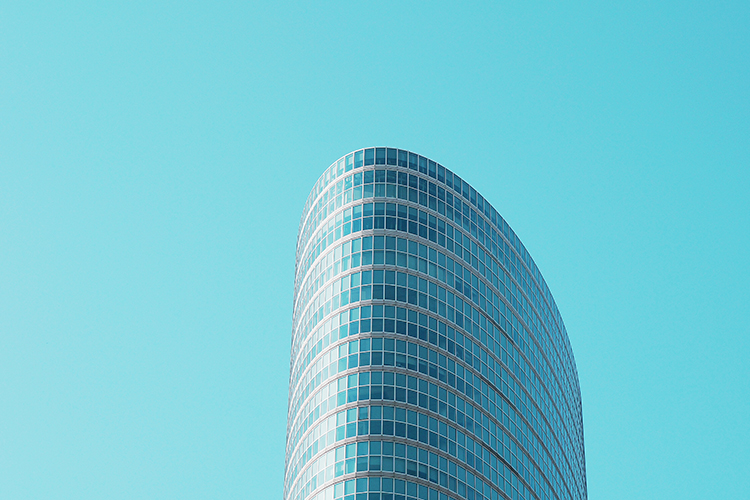 A peek inside the most expensive offices in the world

So what does all this rental money get you? We’ve rounded up some of the most luxurious offices in the world to give you something to daydream about on your lunch break, or if your business really takes off, maybe not!

Welcome to London’s most expensive office, 54 Brooks Mews, in the heart of Mayfair. Enstar Capital acquired the space in 2009 and refurbished 6,000 square feet with the help of architects Stiff & Trevillion, spending more than £4 million on the project. The result is a set of stunning British Modernist office spaces, with rents of £250,000 per year. 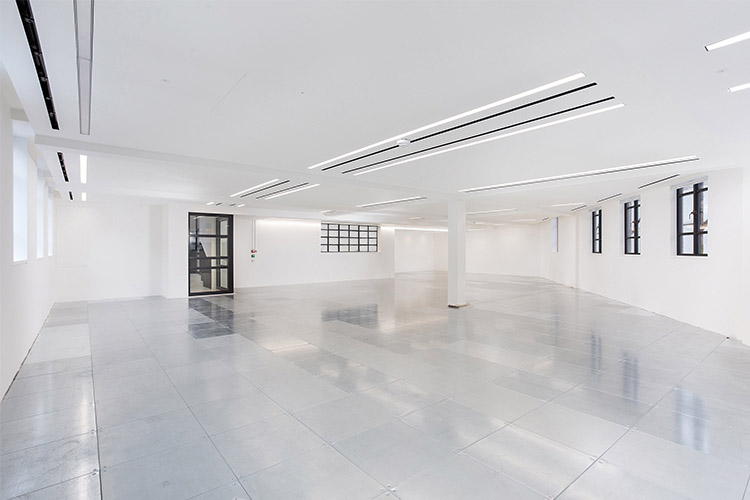 The attention to detail here is astonishing, with hardwood flooring imported from a 16th-century monastery in Tuscany, a 1930’s art deco marble staircase and, perhaps the piece de resistance, gold-plated bathrooms. The mirrored washbasins are designed to echo the ambience of Milan’s five star Armani hotel.

As for amenities, residents can expect restaurant dining courtesy of a special food lift that links each office kitchen with a French restaurant, La Petite Maison, on the ground floor. The director’s floor features a rooftop terrace complete with outdoor meeting and dining facilities. Each office is fully customisable to suit your requirements, with huge corner windows, lots of natural light, and a full in-house IT team all part of the package.

These gleaming 23-floor towers, East Tower and West Tower strike a dynamic balance between the urban landscape and distinguished historic architecture in the heart of the Marunouchi-Otemachi Zone. Considered the most ancient part of the city, Otemachi is located on the site of an ancient village called Shibazaki but today the place is better known as the centre of Japanese journalism, business and finance. 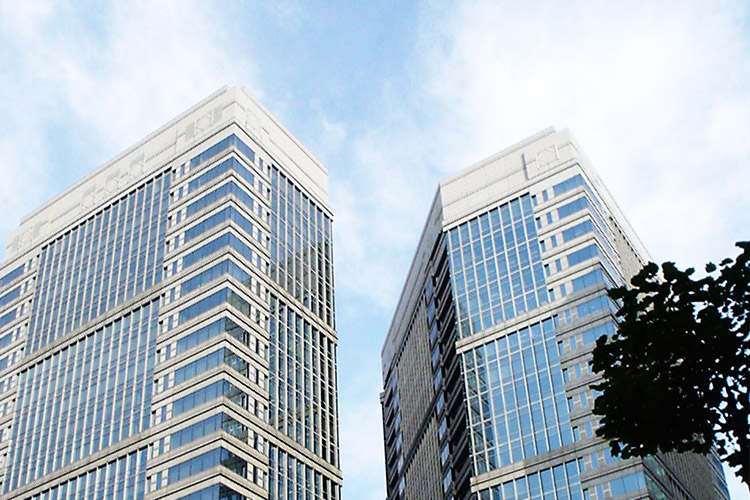 First Square houses some of the most important banks, insurance and securities companies in the country, as well as global businesses, the Japan Postal Museum, the Tokyo Fire Department and Japan Meteorological Agency. The two towers are connected by an impressive atrium entrance and a sunken garden provides a unique and relaxed space to escape to. Many cultural landmarks, including the Imperial Palace and Wadakura Fountain Park are just a stone’s throw away.

Exquisite in-house dining facilities, business lounges, conference rooms and event spaces make this a building that abundantly fits the needs of global businesses. First Square also boasts superb transport links, with access to all rail connections to every part of Japan, as well as direct connections via an underground passage from the building to Otemachi Subway station, which is connected to five subway lines.

Triple-digit rents used to be reserved for only a handful of New York City’s elite office buildings. But with office market rates booming in Manhattan, 50 properties in the city are now renting space at more than $100 per square foot – about £75 at today’s exchange rate. 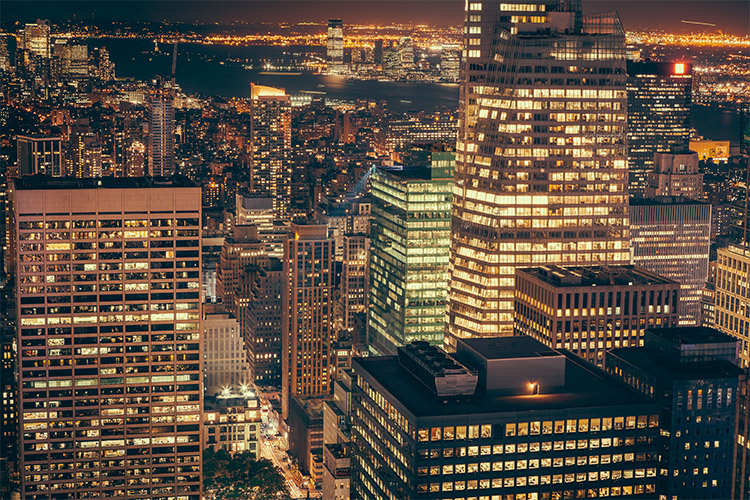 And the most expensive office space in New York right now? L&L Holdings 425 Park Avenue has just secured a record $300 (£227) per sq foot rent deal with hedge fund Citadel. They’re setting up shop in the penthouse portion of this new 670,000 sq ft space.

425 Park Avenue is the first full-block office development on Manhattan’s Park Avenue in nearly 50 years. Located in the heart of the Plaza District, the epicenter of Manhattan’s office market, this trophy asset, developed by L&L and designed by Lord Norman Foster, is a truly 21st century office building. With finished ceiling heights of 9.5’, 14.5’ and 41’ featuring floor to ceiling glass, a club floor with collaborative space, gardens and views of Central Park, 425 Park Avenue is a bespoke office building that’s set a new bar for office rates in the Big Apple.

New Delhi’s Central Business District of Connaught Place is the seventh most expensive prime office market in the world, according to the latest bi-annual survey by CBRE Research. The most expensive office space in India is also one of the oldest, being completed in 1933.

Connaught Place is a highly prestigious centre in New Delhi, uniquely constructed with roads that radiate out from its centre. Many major global MNCs and banks, the President’s estate, Parliament House, Central Ministries and Diplomatic Enclave are in the immediate vicinity, and it is a sought after office location for banking, financial services, insurance, consulting, trade and media corporations.

Offices here benefit from being in a high-security VIP zone, with wide entrance roads, a 5-tiered security program and spectacular views of New Delhi. It is a Grade A+, LEED-certified integrated commercial building with luxury amenities including fine dining options, premium cafes and other retail brands.