Meet 8 of the UK’s Most Sustainable Companies in 2020 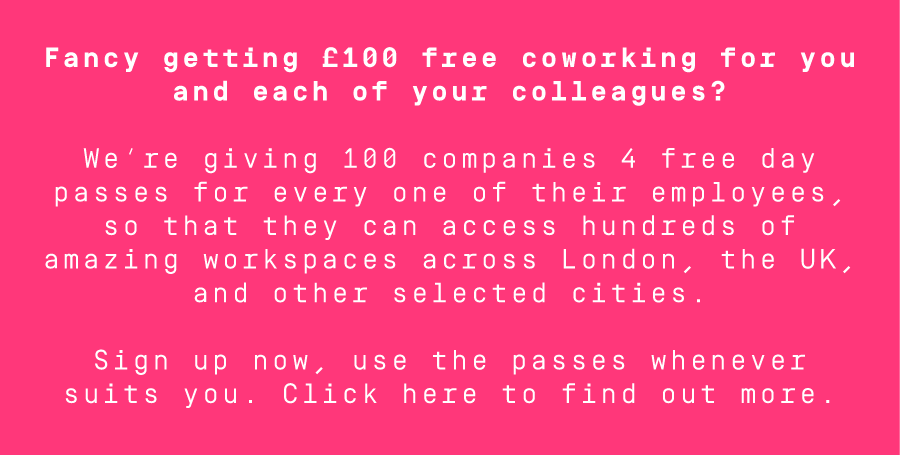 A note from Hubble

It’s no surprise that one of the key benefits of remote working is the lack of commute—which can do wonders for improving a company’s sustainability. If this is important to you, as a business, then adopting a remote-first or hybrid workplace strategy may be in your best interest.

As the world’s first hybrid workplace platform, we’ve helped businesses of all shapes and sizes find their ideal balance between working from the HQ, home and on-demand spaces—or a combination of all three.

We’ve built four flagship products: the Workplace Strategy Tool, Hubble HQ, the Hubble Pass, and Hubble Perks—all of which are designed to help businesses decrease their office footprint and ensure their future workplace strategies are suitable for their team.

The Hubble Pass, in particular, is highly effective at improving a businesses’ sustainability. It allows employees to access a global network of on-demand workspace—such as private offices, meeting rooms, event space and desks—whenever and wherever they need.

So, if an employee would like to access a high-quality coworking space that’s within walking distance or a bike ride away from their house—they can easily do so via our platform. It’s this level of choice, flexibility and autonomy that’ll go a long way in attracting and retaining talent, whilst also benefitting the environment!

Taking reusable bags to the supermarket. Ditching plastic straws at the bar. Eating less meat. Joining one of the many Global Climate Marches. It’s fair to say many of us are changing our behaviour to be more environmentally friendly. Such steps are certainly needed to tackle the climate emergency. Scientists say there’s more carbon dioxide in our atmosphere than ever before, and emissions are growing at the fastest rate since 2011. 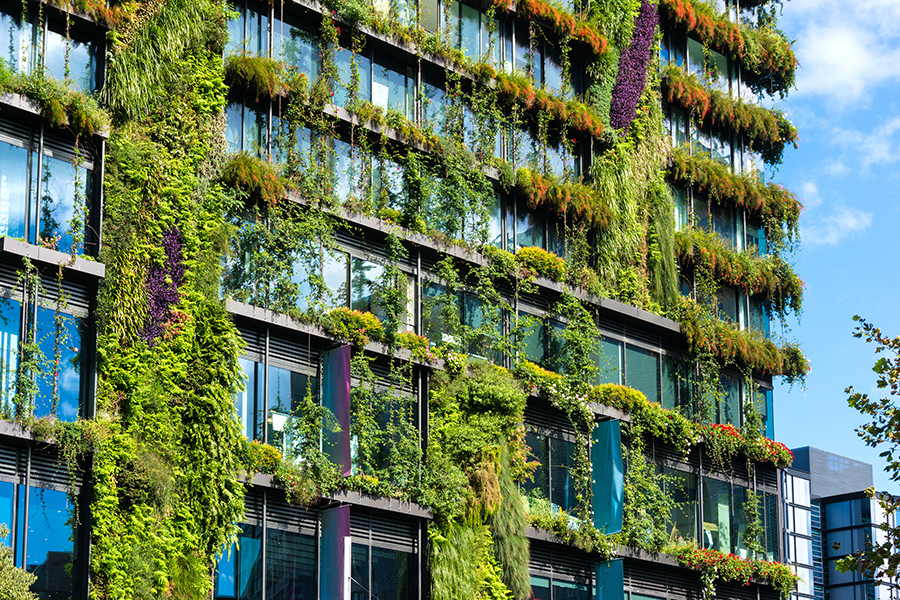 What makes a sustainable business?

As well as taking steps in our personal lives, we’re going green at work too. Have you noticed the bin under your desk has done a disappearing act? Maybe there aren’t paper cups by the water dispenser anymore, you can only print double-sided now, or your team took an away day to plant trees last quarter?

Sustainable businesses can take many forms. Some will prioritise sustainable office design and incorporate more plants; others will move to renewable energy suppliers or become ISO 14001 certified (underpinned by reduce, reuse and recycle principles). There are living walls being added to the sides of buildings, and beehives being installed on roofs. And there is a growing group of green startup companies whose very mission is to produce environmentally friendly products or services themselves.

On a basic level, it’s estimated a fifth of all waste in England is generated by businesses, and an astonishing 60% of all waste in our rubbish bins could be recycled. While you may mourn the loss of the bin under your desk, if every company encouraged team members to recycle at a central station per floor, it would have a big impact. 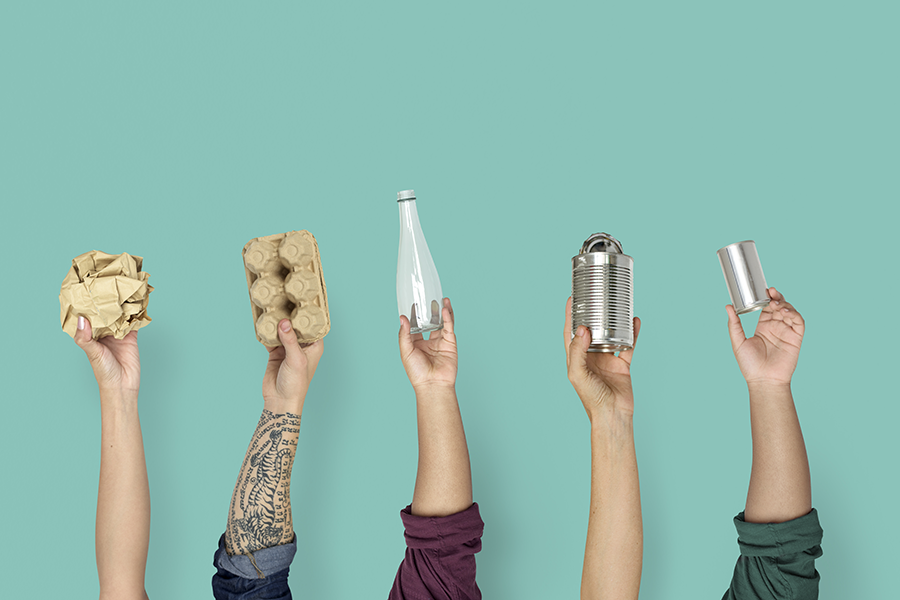 What are the benefits of being sustainable?

What more do you need than a warm fuzzy feeling you’ve helped save the planet? How about more customers? Consumer research published by the insights company Kantar has found that more than three quarters (77%) of Brits have switched, avoided or boycotted brands because of their environmental policies. That’s particularly true of those born after 1995 — nine out of 10 Gen Zers believe companies should address issues such as harsh working conditions, environmental pollution and the overuse of packaging.

The rise of the green tech startup

Growing public interest in tackling climate change, and the advancement of technology to make that possible, has led to an influx of green tech startups in the UK. In 2018, for example, the government announced a new £40m venture capital fund to support the development of clean technology companies. Consumer demand, declining costs and cheaper data processing are all driving investor interest in this area.

Other businesses are choosing to join the B Corp programme, now 200-strong in the UK. These are for-profit businesses that have social objectives. The move can certainly pay off — a third of certified British companies felt they’d attracted new customers and team members since joining the scheme. 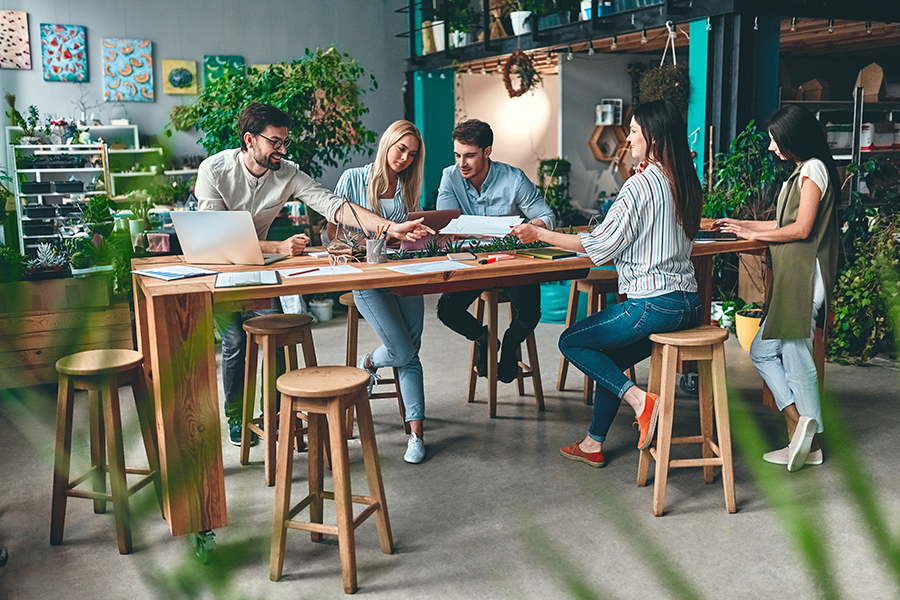 Next time you’re walking, look down and imagine how much electricity you could be generating. The founders of UK startup Pavegen have invented special paving tiles that convert footsteps into kinetic energy via electromagnetic generators. They’ve installed their pads in 36 countries in busy spots such as shopping centres, and transport hubs. They’ve even been used to power a floodlit football pitch.

Their drinks are delicious but also good for the planet. The company buys fruit for its smoothies through the Rainforest Alliance, which works with farmers to conserve the land’s biodiversity and protect farmworkers’ rights. Innocent has also been incorporating recycled plastic in its packaging since 2003 and gives 10% of its annual profits to charity.

Food-sharing app Olio connects people with their neighbours and local businesses so surplus food can be shared for free, rather than thrown away. It’s been a resounding success with food successfully shared in 49 countries by 1.4 million people. The startup has also raised more than $10 million in investment and expanded to non-food items such as toiletries, kitchen equipment, books, toys and clothes. 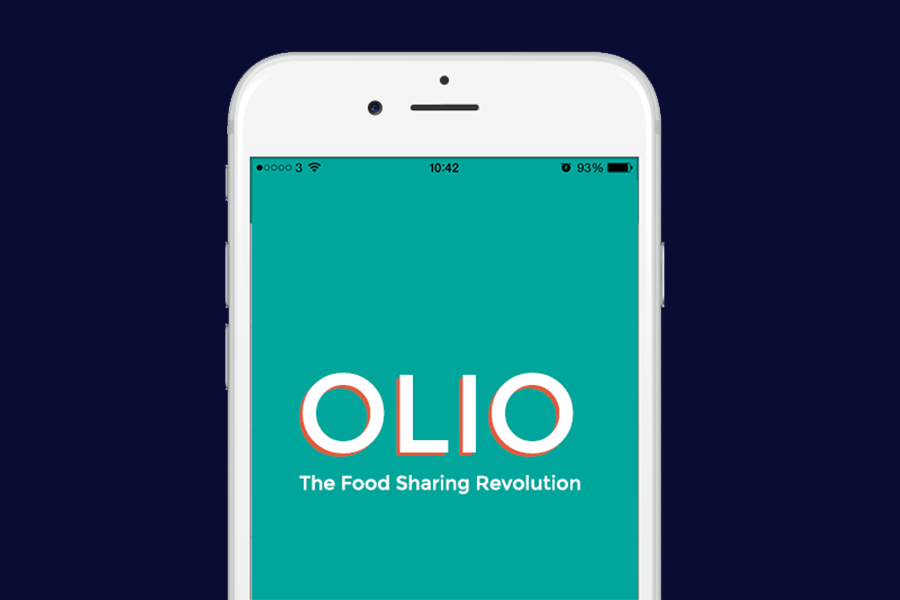 You may have popped in for a spot of breakfast or lunch, but did you know Leon has been prioritising sustainability for the past four years? The chain has replaced plastic straws and cutlery with biodegradable alternatives and uses biodegradable packaging. Over a third of the menu is vegan, and the brand only sells Fairtrade, organic coffee, with proceeds going to the World Land Trust.

London’s eco-friendly taxi service now has 600 vehicles on the road and completes 10,000 journeys a week in its Toyota Prius and Toyota Mirai (which only emits water) fleet. The company offsets the carbon emissions they cannot avoid by planting trees and is also ISO 14001 certified.

Renewable energy supplier Bulb launched in 2014 to compete against the big six providers, offering 100% renewable electricity and carbon-neutral gas, and tackling the myth that renewable energy has to be expensive. Since then, Bulb has attracted 1.5 million members and now controls 5% of the UK’s domestic electricity market. 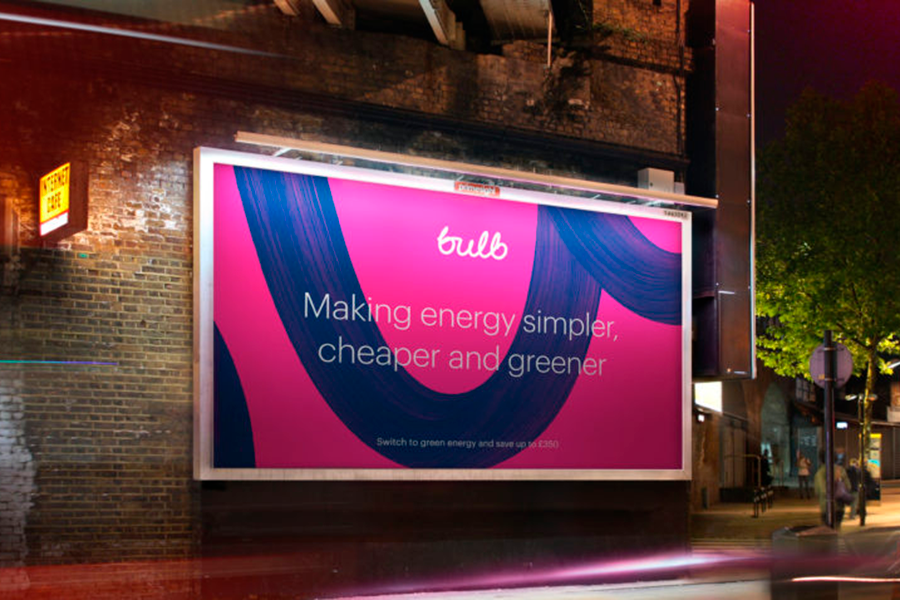 When was the last time you threw bread away? This Yorkshire-based brewery uses unsold loaves and crusts from sandwich makers and bakeries to make its award-winning beer. An estimated 44% of bread is wasted in the UK, part of the UK’s £20bn food waste problem. Toast also gives 100% of its profits to charities campaigning to address this issue.

Cultivating the urban farm of the future, Grow Bristol uses hydroponics (a way of growing plants without soil), vertical farming and controlled environment technology. It has meant they can grow high-quality produce all year round without the use of pesticides. In its pilot phase, it grew 3 tonnes of salad, across 60 varieties, and delivered it all on an electric bike.

Do you want to reduce your businesses impact on the environment?  You can start by changing your office environment. Search for a sustainable office building on our platform: