Since the early 1800s, Tobacco Dock has been a centre point for business, industry and progress in London’s city centre. Now home to one of London’s most exciting up and coming business and entertainment hubs, The Dock in London is something to keep your eye on if you’re looking to relocate or set up shop in an awesome London office space. 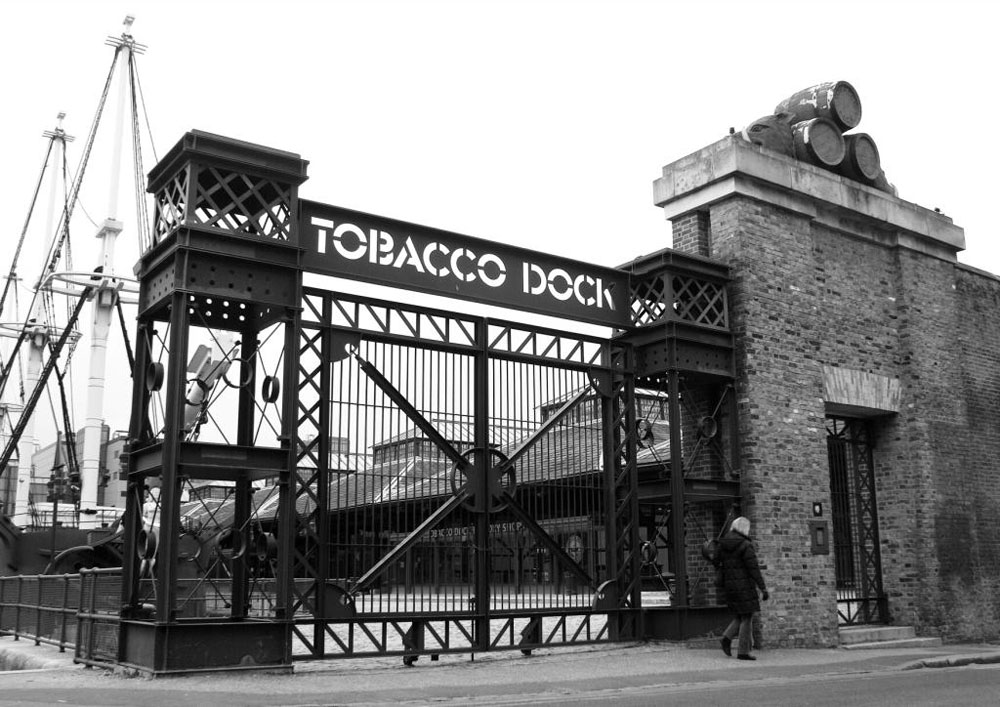 Centrally located, fantastic canal-side views, easy to get to and home to some of London’s most exciting startups, It’s an exciting new office space that offers so much more than just a spare desk. 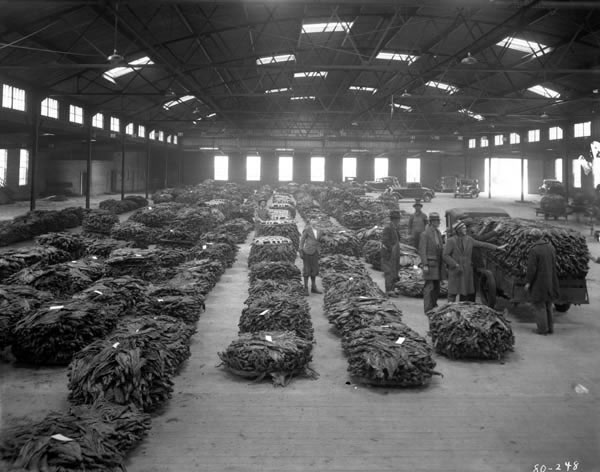 One of the best things about The Dock is the building itself. This Grade One listed warehouse was originally built in 1805 and was designed by John Rennie. You may know Mr Rennie as the bloke who designed the London Bridge that is now found at Lake Havasu in Arizona.

It was used as a cargo warehouse for London’s huge shipping industry and was predominantly filled with tobacco (surprise, surprise!). This was clearly the fun warehouse as it was also used to store wine, brandy and occasionally animal furs. The large cavernous vaults that held the perfect ingredients for a debauched party, were rumoured to have been built by prisoners taken in the Napoleonic wars.

The Dock was encased within a massive secure wall that protected its precious holdings from the thieves of London, but that couldn’t protect it from the opening of bigger, deep water ports and the advent of container ships. Along with many other Port side warehouses, Tobacco Dock closed in 1968, but thanks to some super quick thinking from local authorities (I know, never happens!) to stop it being bulldozed, it was granted a Grade One listing in 1979. This was great but still didn’t solve the problem that no one knew what to do with it.

Apart from a brief stint starring in a music video for Orchestral Manoeuvres in the Dark entitled Messages, shot against the crumbling innards of the poor Tobacco Dock, the building faded into oblivion.

In the late 80s, a plan was concocted to transform the now derelict space into a fancy new shopping destination and it was transformed into yet another chain-filled mall.

Sadly, it wasn’t particularly popular and businesses suffered from a lack of customers and sales… Years went by as the Dock existed as a ghost mall, piped music still floating through the empty chambers and walkways as an eery reminder of the failed project. Security was tight around this place and some big iron gates were installed to keep out any sneaky thieves or squatters – the only people who actually wanted to get in. The place fell into a steady decline and in 2008 the final store closed.

Randomly, the Dock was used in a Ford Ka advert, the TV Series Ashes to Ashes and as somewhere that soldiers stayed during their policing of the 1012 London Olympics. 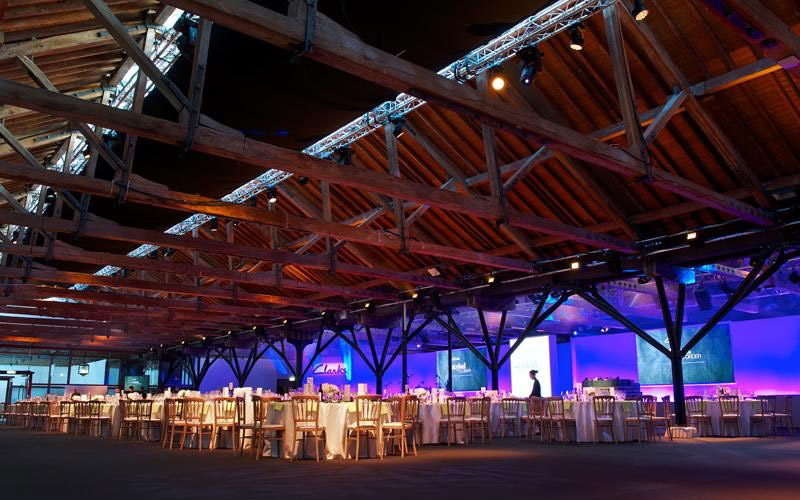 After some extensive refurbishment, in October 2012, Tobacco Dock reopened to the public as one of London’s most versatile events and entertainment venues. This incredible building can house over 10,000 attendees in 70 flexible spaces and has become one of the city’s most sought after venues for conferences, awards dinners, exhibitions, meetings, and launch parties.

Since June this year, it has also become home to The Dock – a flexible shared office space with one of the best canal-side views in town.

The Dock office space – what’s it all about? 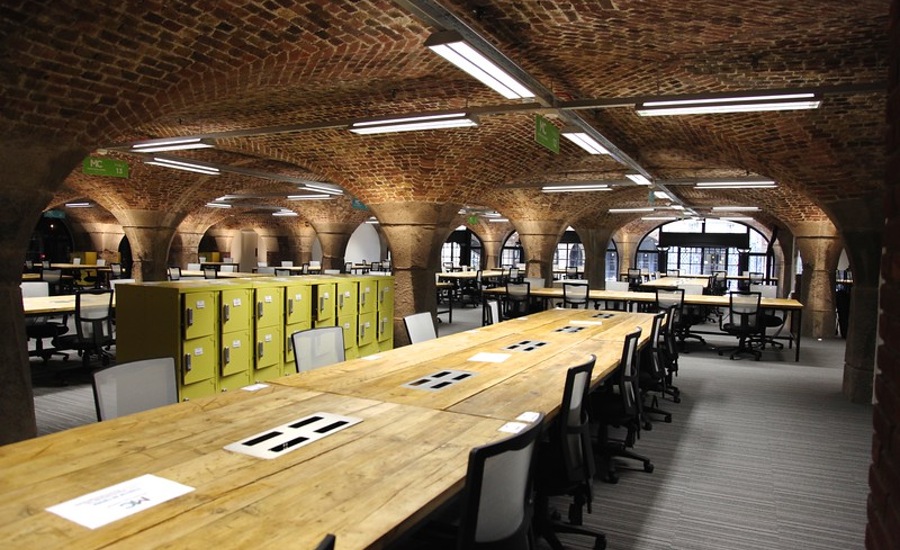 With so many shared office spaces throughout London, you might be wondering what separates The Dock from the rest. Like many other offices, it offers extensive facilities, an exciting location and outstanding networking opportunities. What makes it different is that it is a brand new space that is currently going through an exciting period of growth – and they want its users to be part of that process.

It’s aimed at exciting new startups and entrepreneurs to not only work in the space, but to help shape how the space is used and how it will grow over the next few years.

What sort of desks are available? 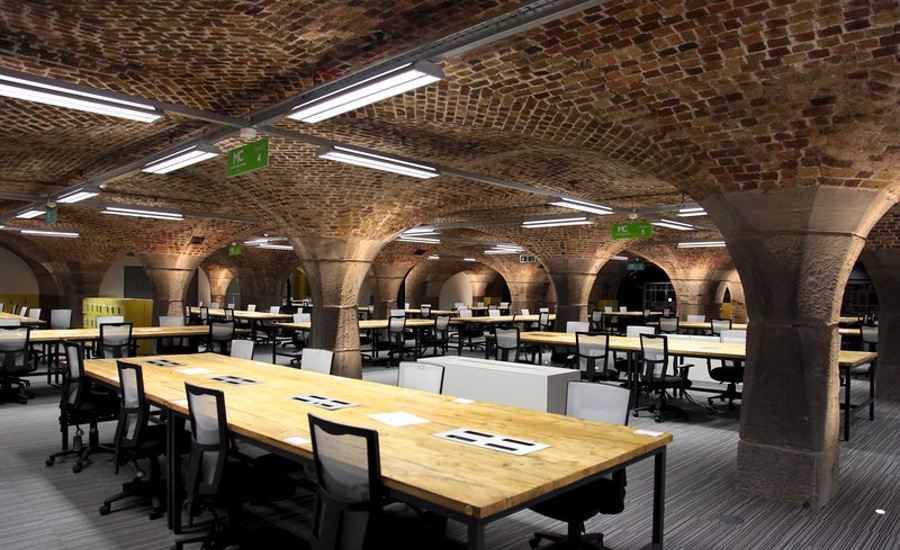 The main open-plan office space is divided into workstations and clusters, depending on how you prefer to work. You can rent a permanent desk (at a roomy 1200mm wide) which is yours to use whenever you want. There is also a hot-desking option for people who just need a space to drop in to every now and then.

Later this year there are plans to offer private, self-contained offices that will fit groups of 12 to 24 people. This is a great option for larger businesses that want the privacy of a personal space but the vibrancy of a shared office environment. 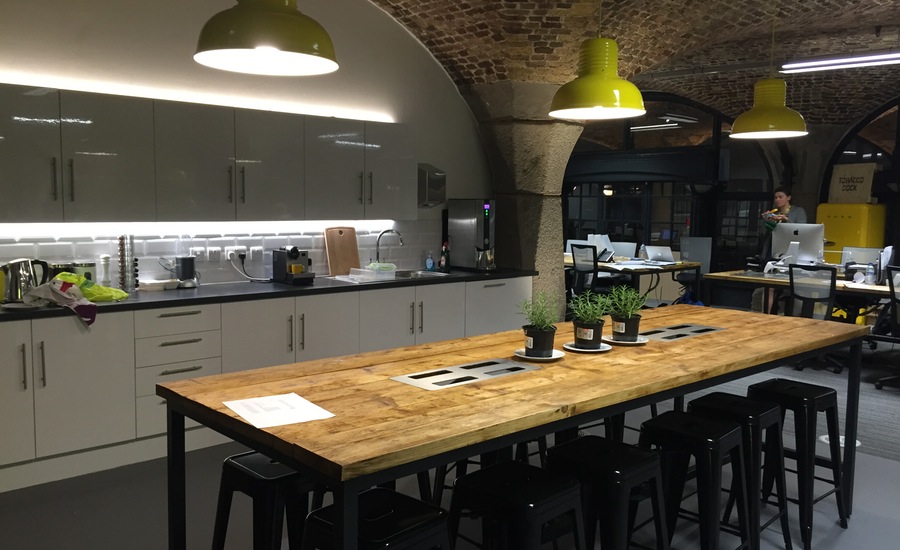 What facilities do they have? 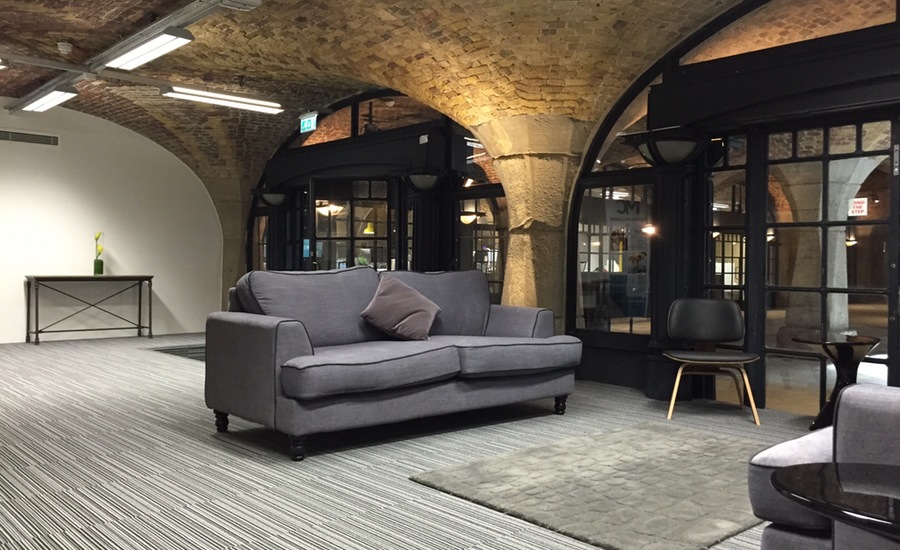 You get well looked after at The Dock – everything you could possibly want in an office, you will find here. Included in the cost of desk rental, you have access to:

You can also hire meeting and seminar rooms which are equipped with OLED screens, projectors and conference phones. Plus located within the same complex are the event, entertainment and meeting facilities of Tobacco Dock.

So where is it exactly? 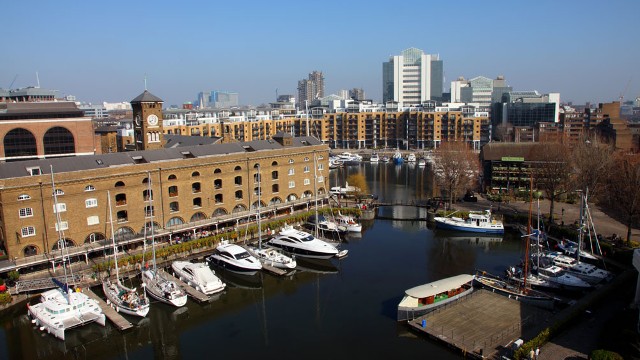 Situated to the east of Tower Bridge, The Dock is in a central location and easily accessible from the rest of London. It’s a short walk from Wapping and Shadwell overground stations, and Tower Hill tube stop. For the sailors amongst us, you could also catch a ferry to St Katharine Docks.

The great news is that there is also access to parking. Thanks to Tobacco Dock’s history as a shopping mall, there’s plenty of parking so you won’t have to spend the first half of your day driving around looking for somewhere to stick your car.

Plus you’re a short walk to the Thames so outdoor lunch locations on those rare sunny days are sorted.

To top it all off… 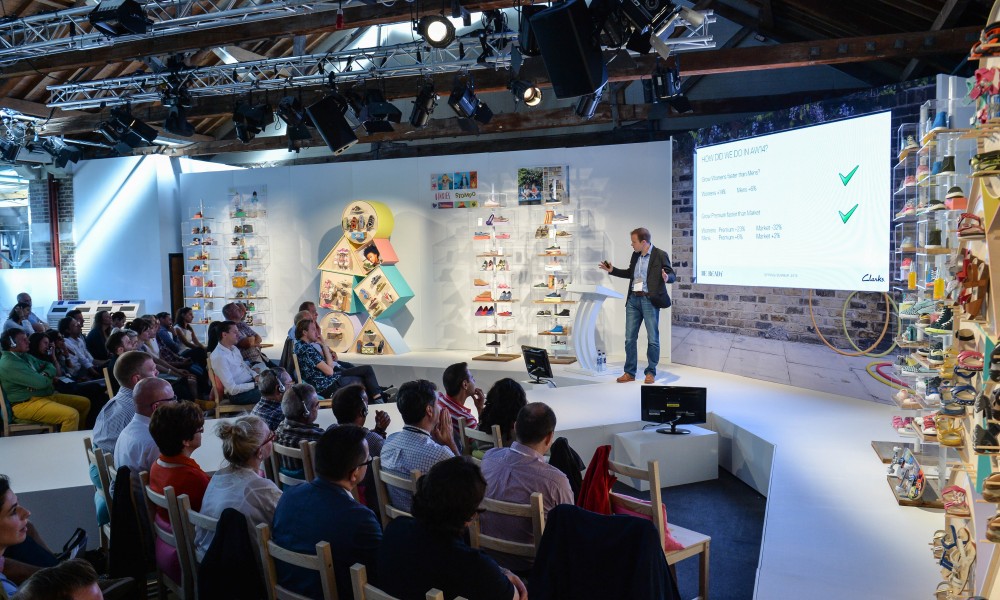 The Dock is already attracting some of London’s newest and most exciting entrepreneurs and it’s expected to grow to a community of around 500 members. Working here, you’ll interact with the most proactive minds in London and gain invaluable networking opportunities.

The vitality of this historic shipping warehouse is back again in a new form – it’s time to get involved in the next wave of British business growth.

Want to know more about The Dock office space? Check out the listing on HubbleHQ and get in contact with them today.