Last week, we told you about WorkPad, the series of modern, design-led, managed offices that have made a name for themselves on the London workspace scene. This time, we’re looking at a slightly different case – all about a host who runs his own coworking space alongside his main profession.

This place is Studio Shoreditch, owned and run by Joel Kriteman – a professional web designer who has been perfecting this work hub since 2006. Located just a 3-minute walk from Old Street station, right in the heart of Tech City, this bright and creative office boasts one of the most sought-after locations in the whole of London. 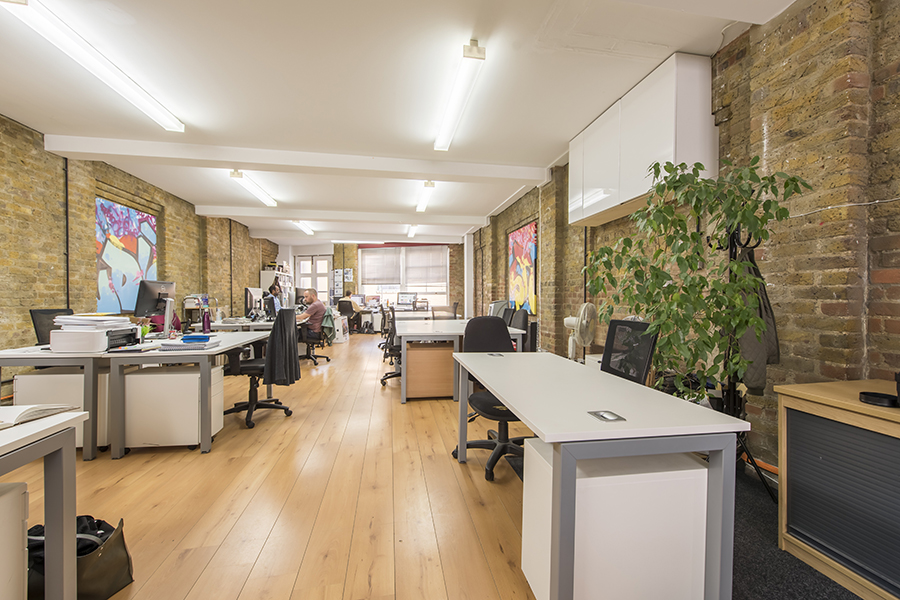 So how did it all start? If truth be told, it was almost by accident:

“I kind of fell into this, I was renting a desk in somebody else’s office and he was going out of business – so I took over his lease on the condition that the landlords knew I was planning to run it as a shared workspace.”

That was back in 2006, when Joel first took on one section of the space, to enable freelancers and other businesses like his own to cut costs in a businesslike environment. But 10 years later, he saw that there was an opportunity to be had when the neighbouring office space became available. He snapped it up, and now Joel’s running a highly successful space containing an array of impressive tenants – some in private offices, but most working side by side at fixed desks. 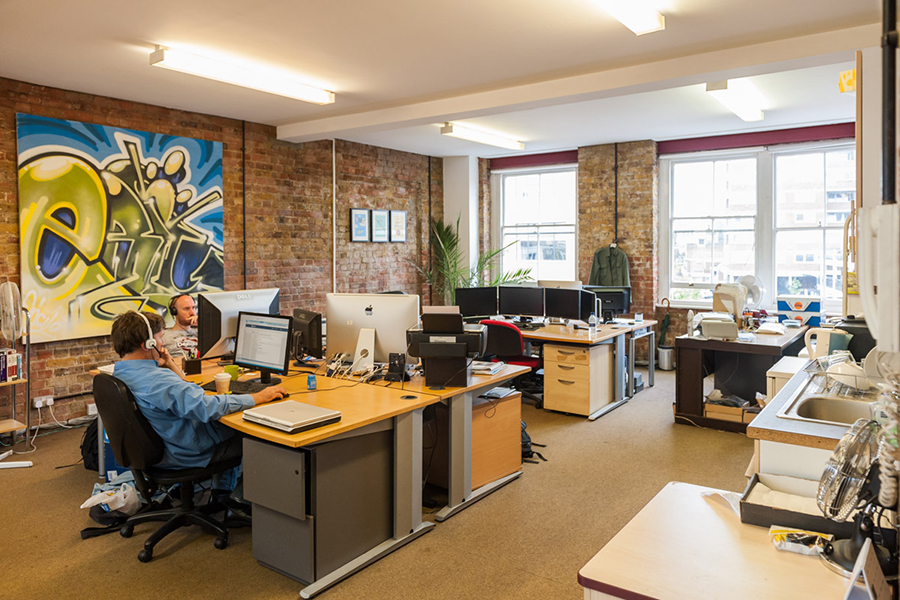 But why exactly has the whole coworking scene become so popular? Joel puts it down to a backlash against the noughties trend of working from home, which he himself has endured – and doesn’t miss. A decade or so later, the concept has become less of the norm, seeming somewhat counterintuitive. Given the advances in technology that we’ve seen in that time, working remotely should be even more popular now than then.

But working from home can often feel both isolating and distracting – and Joel’s a strong believer in the idea that money spent on office space is more than made back by the increase in productivity it fosters. Thus, Studio Shoreditch was born.

Interested in working in Studio Shoreditch? Fixed desks are available at £285/month. 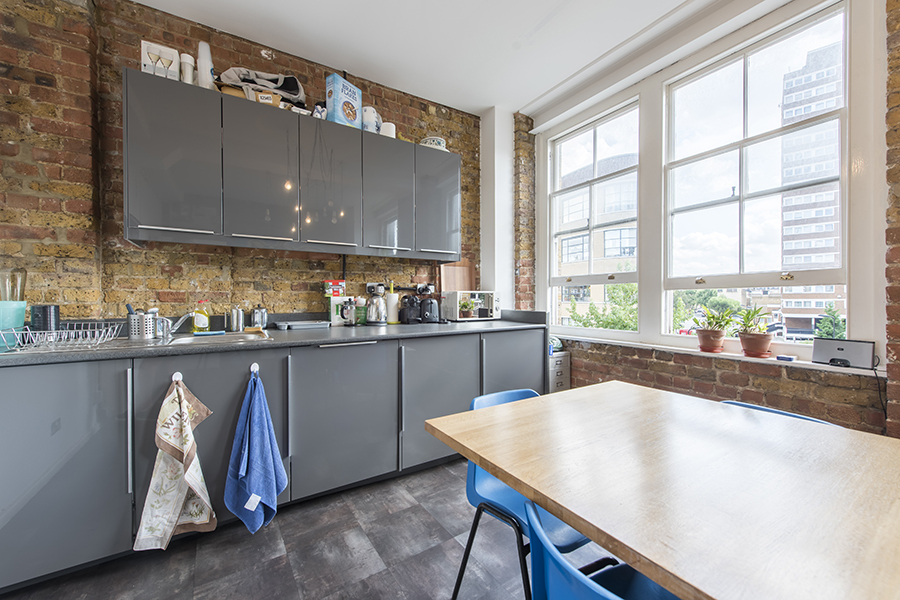 Joel caught onto the Shoreditch hype at just the right time: since he’s arrived, the popularity of the Silicon Roundabout has exploded, and everybody wants in. At present, his tenants are primarily creative, digital businesses – and the general vibe is calm yet productive.

“Feedback I have had is that my studio is very friendly. I like to think I set the tone…I have a few very long term tenants who have been here for many years. We all get along. It’s not a big, corporate, faceless environment. I work here myself and want the studio to be an environment that I’m happy to work in too.”

People often chat and socialise, and there are Christmas events and the like so that people can get to know one another. But in the office, everyone is aware that there’s work to be done, and noise is kept to a minimum so that others can focus.

The office’s design also aims to strike the right balance between privacy and conviviality. Though fixed deskers work in the same room as one another, the desks are positioned so that each has their own personal space; and when it comes to the kitchen, Joel has specifically chosen to furnish it with one long table so that people can eat and talk together in the communal area.

And as we’re talking about design – being in Shoreditch, graffiti art and exposed brickwork are a given. 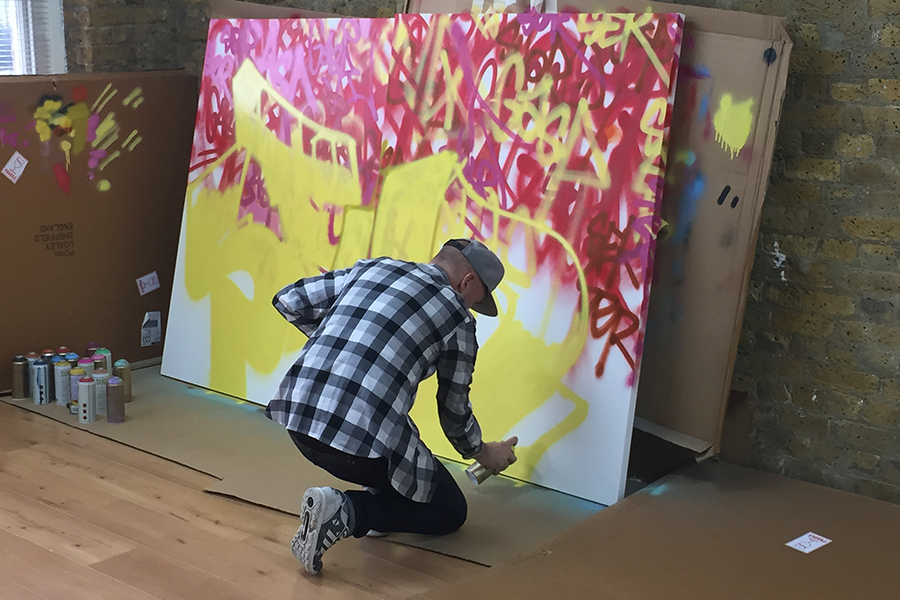 Another positive element of Studio Shoreditch is the frequent crossover between the different businesses:

“Collaboration is encouraged, but not compulsory. In the area of London we are in there is obviously a digital/creative core and I’d say that makes up about 2/3 of us. I build websites and I’ve worked with both the branding agencies in here. We have DVD production, a photographer who has worked for nearly everybody and an animator and a video production guy a few years ago who I think even ended up going into business together. Collaboration can be a formal ‘Can you quote on this project?’ or a more informal ‘Can you show me how to do this in WordPress?’ There’s a lot of goodwill in creating with the people working around you.”

If you’d like to collaborate with the other brilliant minds at Studio Shoreditch, check out their space. 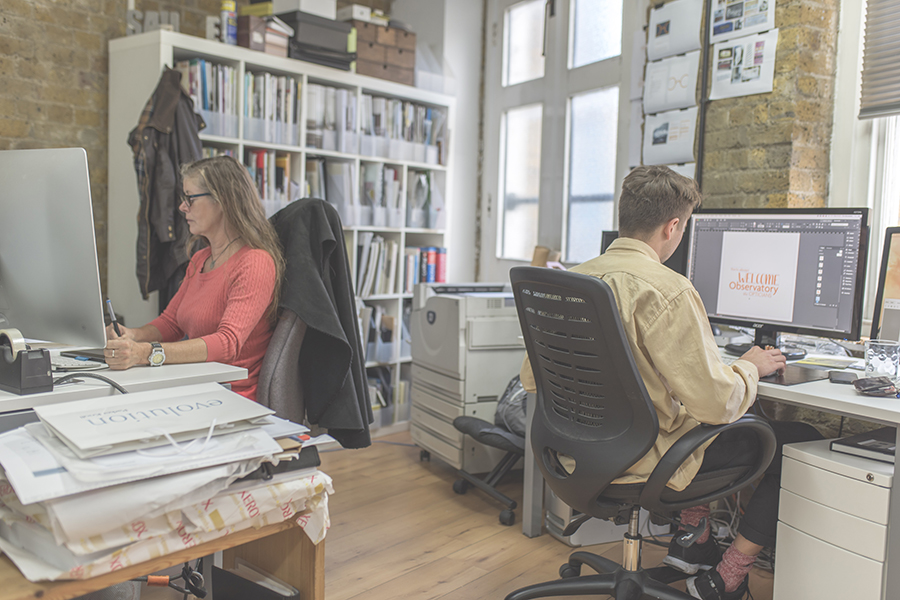 There’s also secure, indoor bike storage, plus tenants get their own keys to the office and building and so they can enter 24/7. It’s all been thought through, to provide the ideal working environment for your business.

Is starting your own workspace something you’re interested in doing yourself? Here are a few words of advice from Joel:

There are fixed desks available at Studio Shoreditch now. Head to the Hubble website and book a viewing today!