Anybody who is well-acquainted with London will know that, just like many other major cities, each of its different districts boast its own unique qualities. From swanky Green Park to trendy Brixton, moving from one place to the next can often feel like moving into a new town entirely.

And such distinctions are just as pertinent when it comes to the business world; though variance between areas is certainly fluid, there are undoubtedly pockets of similar businesses who have gravitated towards one another.

What kind of work do you do? 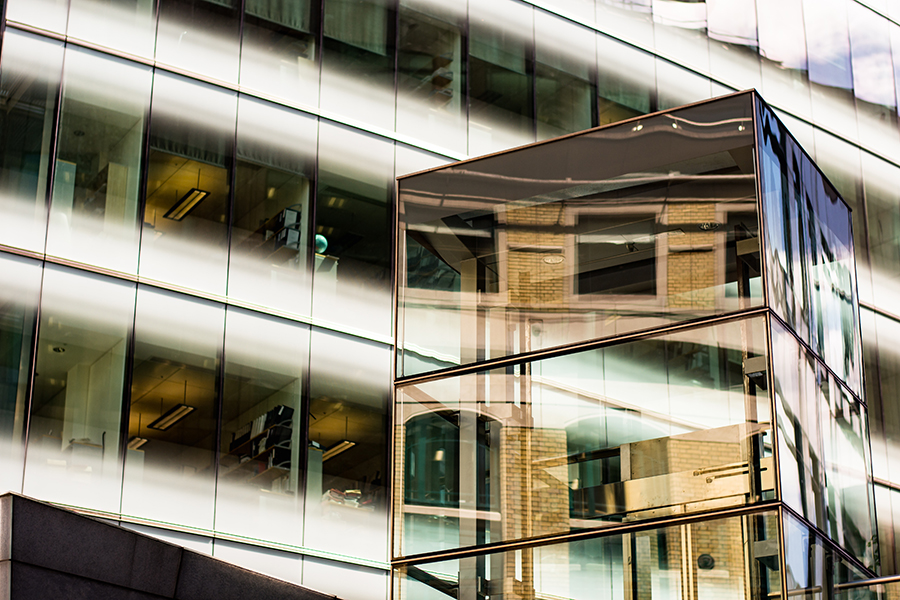 So whoever you are—whether it be a finance mogul or a creative freelancer—if you would like to position yourself in the heart of your industry and have the opportunity to rub shoulders with like-minded business people in your field, there’s a place for you.

But in even better news, there might be more than one place. Here’s a summary of the best places to work in London right now—featuring the classics, as well as some newer faces.

Bearing in mind its current tenants—HSBC, JP Morgan, Citibank etc.—Canary Wharf is the natural place to be when you work in finance. But the Wharf isn’t just exclusive to the biggest names: the area is also becoming increasingly saturated with fintech startups, hoping to harness the success of their larger scale counterparts and make it big in the city.

The motivation of sharing a commute with the industry’s giants and general buzz of the whole place are just two of the reasons why fintechs are making a beeline to Tower Hamlets.

But if Canary Wharf isn’t for you, then don’t fret. In its prime commuter belt location, Croydon is now known as the ‘Silicon Valley of the South’. The recent regeneration of the area means it’s now packed with thriving fintech businesses, making it one of the biggest clusters of financial services firms in London.

Plus, by moving from the East to the super South of London, you can avoid the crippling costs of Central—so you can keep your own finances in check, not just your clients’. Ideal.

Check out our Croydon spaces here. 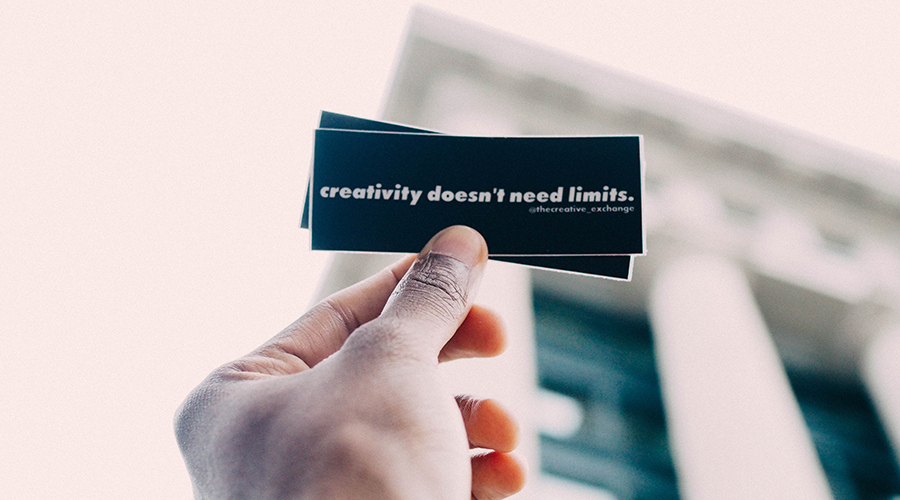 Buzzy, exciting, foodie Soho has up until now been the Mecca of creative types, and that’s not about to change any time soon. Big names and independent agencies alike (e.g. M&C Saatchi, isobel, BBH) call this central district their home, and there are private and coworking spaces aplenty to welcome new names. To top things off, if you’re ever in need of inspiration—or distraction—then you can take your pick of the wealth of independent shops and bars sprinkled around the area.

Find what we have up for grabs in Soho here.

Don’t fancy Soho? Another wise option would be to head to the very heart of the industrial revolution—Clerkenwell. The area is now teeming with design and media companies who have set up their workspaces in stunning converted warehouses and factories. Indeed, this district is (or has at some point been) the home of some pretty big dogs in the startup world: think household names like Citymapper and GoCardless.

Just like Soho, Clerkenwell is packed with fantastic bars and restaurants, too—so don’t feel like you’d be missing out on that front.

The hype around ‘Silicon Roundabout’ lives on: Shoreditch is still the place to be if you’re a budding business. By Old Street, the technical expertise and financial prowess of the surrounding areas combine to a new level, all fuelled by the caffeine from the plethora of hipster cafes nearby. Lyst, TransferWise and Rentify are just some of the many names that can be found in this E/EC postcode, so you’d be in very good company.

Check out our Shoreditch offerings here.

But there’s another option pretty nearby—just down the road, Islington is another great spot for startups…so great, in fact, that last month it was named the best borough for entrepreneurs, according to research by the Centre for Economics and Business Research. It was noted that particular reasons for this are its strong digital infrastructure and highly educated workforce.

It also happens to be where Hubble’s new home, RocketSpace is based (just saying).

Find our very own building and lots more here.

If you’re specifically looking for an accelerator or incubator then here’s our definitive list of accelerators and incubators in London.

But make sure it’s the most productive place for you!

The enormous rise in the number of freelance workers in the UK means that a much bigger proportion of the population have the flexibility to work where they please. And whilst the lure of this for some may be that such a location is ‘in bed wearing pyjamas’, this may not be the most conducive work environment for all.

But great news: fixed and hot desks are popping up all over the shop…or restaurant, or cafe, or bar…

From spaces whose sole purpose is to be a work space, to hybrid cafe-desks, you can find spaces all over London. Check out Haus for instance, who look for restaurants that are only open by night and transform them into beautiful co-working spaces in the day. 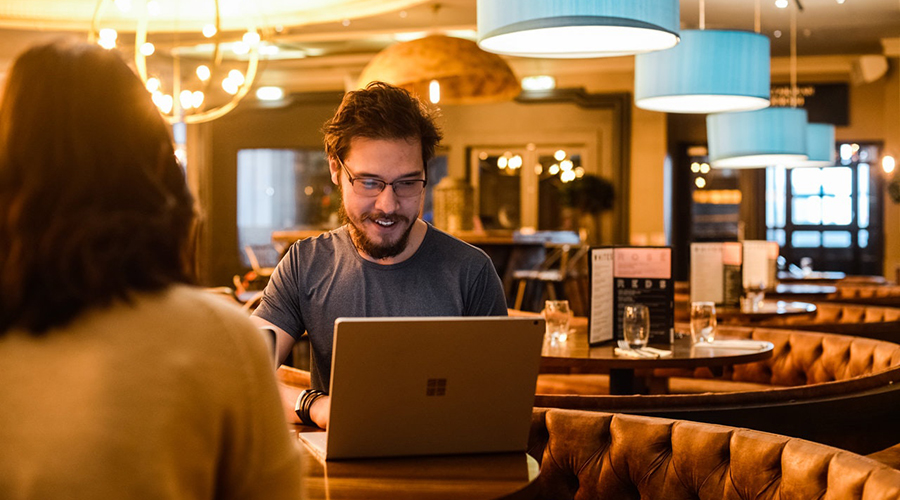 Never content to settle, London is constantly redeveloping – so here are a few tips on where we think you should keep your eye on. 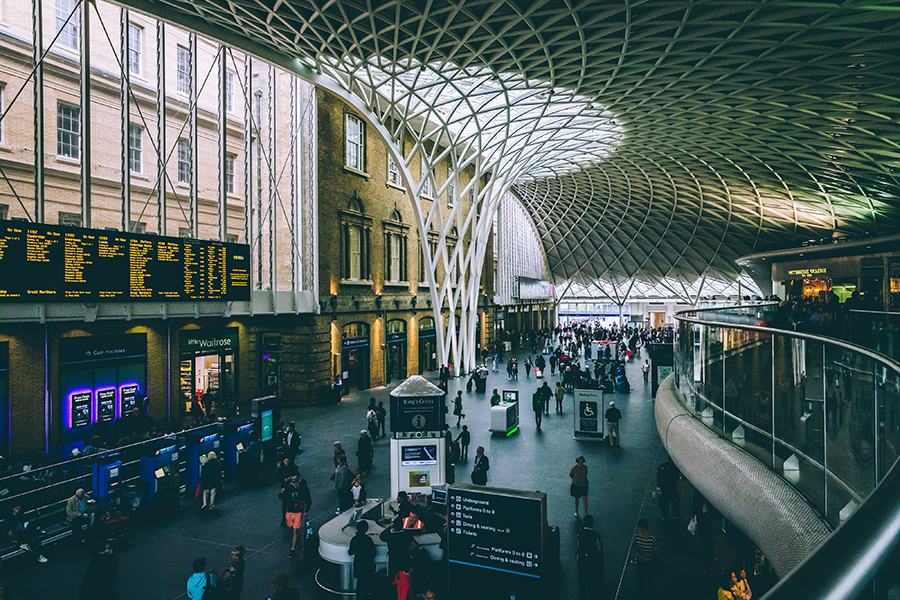 Those who invested in King’s Cross before it became so shiny will be gleefully rubbing their hands at their foresight. The King’s Cross development, which is still ongoing, has transformed the area into a ‘vibrant new city quarter with a brand new postcode, London N1C’. With 3.4 million sq ft of workspace here, there’s huge potential for the future.

The fact that a number of big (well, huge) names have already flocked to the area (Google, Havas, Universal Music), a concerted effort to lead the way in workplace design, and a flourishing foodie scene, all make this a pretty cool area to work in. And if Dishoom have already set up camp here, then it must be good.

It’s also in very close proximity to Euston, King’s Cross and St Pancras stations, providing easy access to both the rest of the UK and even Paris. Check out more about the development here.

Located at the Royal Docks in East London, the £3.5bn development Silvertown Quays promises big things in coming years. In fact, GQ, the leading men’s lifestyle and entertainment magazine has even labelled Silvertown as ‘the new Brooklyn’ following a visit to the site. This shiny, new district will boast office, retail and residential space, so is definitely worth keeping an eye on in the near future.

Check out the progress of the development here.

Where will you find yourself this year?