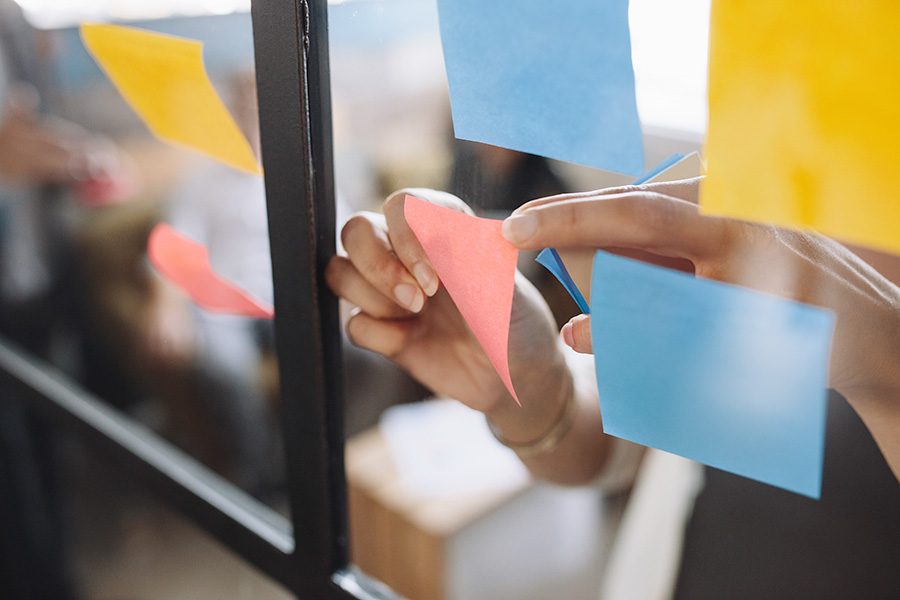 How did you start on a career in tech? Were there external factors or was it a personal decision?

Angela: I spent a lot of my academic career thinking I would be some kind of animator or designer; this was because my drawing skills were one of the few areas in which I had any confidence in myself. Whenever I steered towards more technical skills in school or sixth form like computing or science, I found there was a bizarre ‘boys club’ atmosphere and I remember several teachers openly discouraging me from being interested in computers or math.

I think if I’d been a boy or born a few years later things would have been different and I would have ended up doing IT or computer science without there being any doubts, but as it was I ended up on a digital character animation degree where I could be creative and draw but also immerse myself in a very technical environment. I graduated in 2008 and once the recession hit I completely dropped any idea of being an artist or animator and started focussing on which jobs seemed to have a practical future. Luckily, Flash was still a widely used tool at the time and I was able to secure myself a job as a Flash developer making banner ads! 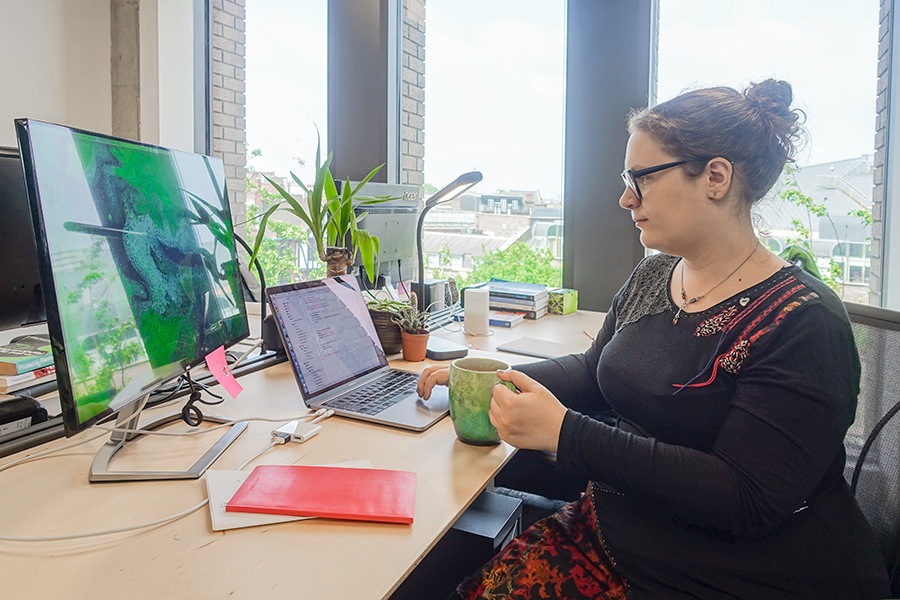 Tell us a bit more about your education and training that led you to be a Front-End Product Engineer at Hubble.

Angela: My animation degree had one 6-week module in my first year that taught me the UI of Flash (though I’d already become familiar with the program in my sixth form previously). They gave us blocks of ActionScript with instructions for copy-pasting it into the appropriate frames. You couldn’t really call it teaching us coding, but once I discovered that I could combine my artwork and animation with code in order to create interactive games, I was absolutely obsessed and for the rest of my degree I cultivated a hobby of building games in Flash – a few of them are probably still floating around on Newgrounds somewhere.

By the time I graduated university I was basically a Flash developer, though it wouldn’t be until a few years later that I would have the self-confidence to label myself as a “real” developer. I spent years describing myself as a “designer who knows a bit of code” or a “hybrid designer-developer” as a way of apologising for not being a comp sci graduate – this is absolutely the wrong thing to do, though I didn’t know that at the time!

Have you noticed any benefits being a woman in a male-skewed industry?

Angela: The women-allocated toilets are usually pretty quiet, no queueing!

Have you noticed any challenges being a woman in a male-skewed industry?

Angela: There are so many that I don’t really want to list them here as it would be awfully depressing to read. One major thing is that you just have to grit your teeth and accept from the start that you’re not going to be paid the same salaries as your male counterparts and that you will be expected to prove yourself over and over again. The old adage about having to work twice as hard for half the recognition is quite literally true, and anyone who tells you otherwise is either lying or incredibly sheltered.

How do you feel Hubble supports women in tech?

Angela: The tech team is very small, less than ten people; a third of these are women and just under 50% are people of colour. This might not sound all that amazing, but in the 2018 StackOverflow Developer Survey, over 90% of respondents were men and approximately 75% were white. Hubble has been the most diverse working environment I have had in my entire career, and their hiring practises are ethical and geared towards being as woke as possible. We’re a highly skilled team and nobody is here because of a checkbox exercise.

Many organisations these days still buy into the myth that you can either have diversity or competence, so they will talk a good game about their diversity practises while still being a bunch of old white dudes in suits. So to answer the question, Hubble as an organisation has always put its ideals into action and implemented good practises on the ground. So many places I’ve worked before were only interested in presenting a facade of political correctness with no interest in improving the wellbeing of any of their employees.

If you’re interested in joining our friendly team, take a look at our job postings (all genders welcome)!

Do you have any suggestions for how to attract more women to the tech industry?

Angela: Honestly? Employers looking to attract more women should go follow women in tech on twitter and listen to what they are saying and have been saying for years. Then actually implement changes. Talk is cheap, and I eye anyone with suspicion who complains about how it’s hard to find women hires.

Some of my favorite women in tech on Twitter are:

What advice do you have for women who want to work in tech?

Angela: Actually, very similar to what I said above: